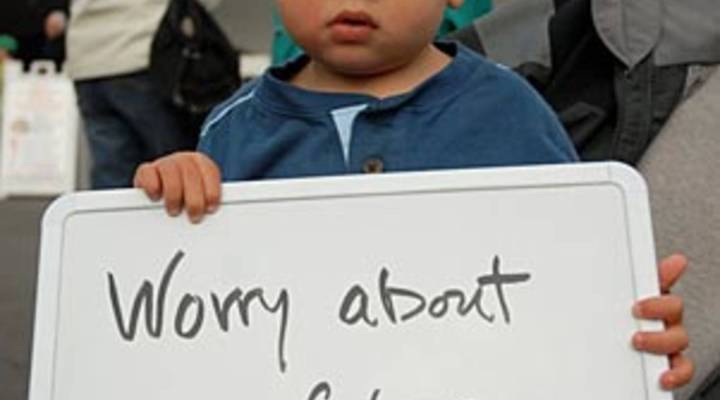 Stacey Vanek-Smith: Our special coverage of the financial crisis continues this morning with our next stop in Road to Ruin. We’ve sent Marketplace’s New York Bureau Chief Amy Scott on a cross-country trip to see how the financial crisis is affecting different parts of the country. Thought we’d check in with her this morning. Hey, Amy, how you doing?

Amy Scott: I’m doing well Stacey, how are you?

Vanek-Smith: Fine thank you. And where’d you spend the weekend?

Scott: Well, I spent a lot of it in Pittsburgh. I visited the city’s famous Strip District, where small businesses and vendors sell everything from Steelers’ T-shirts to fine cheeses. And I met Anthony Freeman, who was buying some rainbow trout at Wholey’s Fish Market. Freeman is a retired social worker. He’s on dialysis, which he pays for with Social Security benefits. And he told me the financial crisis has already hit Pittsburgh hard:

Anthony Freeman: Everybody’s losing their homes. People can’t get car loans anymore. Parents are having a harder time trying to get student loans for their kids. And it’s . . . I think it hit here a long time ago.

Vanek-Smith: Hmmm. How are the businesses along the strip doing? Did you have the chance to talk to any business owners?

Scott: I did, and that was one surprise. I talked to the owner of that fish market, who says business is great. A few doors down is a fancy spice store called Pensy’s Spices. Its a chain based in Wisconsin, and you can buy things like extra-fancy Vietnamese cinnamon and about a dozen different kinds of pepper. Julia Locante told me the spice business is thriving as well:

Julia Locante: Our kind of theory is that since people are eating out less because of the price of gasoline, they’re more inclined to want to cook at home. So it’s actually kind of been a little bit of a boost for our business, because people are more interested in learning ways to jazz up their home cooking.

Scott: So Stacey, believe it or not I am finding some bright spots out there.

Vanek-Smith: Well that’s good to hear, we can’t have it be all gloom and doom.

Vanek-Smith: And where are you headed now?

Scott: Well I’m in Cleveland now, and I’ll be driving into Michigan later today, which economists say has been in a recession for several years. So I’ll be talking to families and business owners about how they’re feeling it and what their experience might teach us about what the rest of the country might be in for.