Understanding the woes on Wall Street

Understanding the woes on Wall Street

Tess Vigeland: Don’t know about you, but I drank my first cup of coffee Monday morning to the Lehman news. By my second cup, B of A had taken over Merrill. By my tenth cup or so on Friday, Wall Street looked nothing like it did a week ago and my head was spinning and I vowed not to look at my retirement accounts for five years and I told my parents I really hoped they were mostly in T-bills and then I said, “I gotta talk to Marketplace’s Bob Moon!”

He’s our senior business correspondent/market-guru and here he is to wrap up this crazy week. Bob, thanks for stopping by.

Vigeland: Unbelievable, but let me ask you this: we’re more than a year out from the first kind of inklings of a subprime mess, but that was really contained to a very small percentage of the overall mortgages in this country and here we are on what some are calling the brink of financial collapse.

Moon: Well, subprime — you mentioned the magic word there, and I think it’s a case: don’t put your eggs all in one basket. A lot of the investment banks, a lot of other big investment firms put their money in subprimes. Even though most of us are still paying the mortgage, in a lot of cases that’s what causing the problem.

Vigeland: And throughout the banking sector. I mean, this is not just investments, this is not just retail banking, this is everywhere. I want to give you a bit of a composite here — I call her Sally Investor — and see what kind of advice you might have for her. Let’s say she banks with Washington Mutual. She’s got some stock holdings with Lehman — or did. Her company 401(k) is with Merrill Lynch. She has a few annuities with AIG. Oh, and by the way, her mortgage was backed by Freddie Mac.

Moon: I want to talk to her about her astrology.

Vigeland: You would think that this is diverse.

Moon: Yeah, in almost all of those cases, there is sort of this network of safety nets that should offer a lot of protection. Now in some cases there is a problem. For example, if you had Lehman Brothers stock, then poof, it’s gone. If you even had bonds in Lehman Brothers, they’re talking about maybe 60-80 cents on the dollar return on those, so that could be a problem. Then you have the protection of an agency like the Securities Investor Protection Corporation, SIPC, which has moved in to help out in what they call the orderly transfer of those accounts from Lehman Brothers to Barclays Capital, which is talking about buying their assets.

Vigeland: So this is kind of the investing equivalent of the FDIC?

Vigeland: Alright. I want to ask you something that has been bugging me all week, which is: as I said, this has been coming down the pipe for a while and we’ve had massive red lights going off on this whole crisis and since then, all of these financial companies have had all kinds of tools that they could have used to help fix the situation, including getting money from the Fed and apparently Lehman Brothers didn’t even bother. Why?

Moon: Well, there’s talk that some of that was just plain hubris. I can take you back, though, to January of this year. John Thain, the CEO of Merrill Lynch, was talking about trying to get a handle on what all of these mortgage securities were really worth:

John Thain: We are optimistic that as the market starts to open up and actually trades really occur, that we can actually sell these things at or near where they’re marked. So the intention was to mark them where we could sell them. I hope we do in fact see some trading happen.

Vigeland: Well, trading didn’t happen, but I have to say, listening to that financial gobbledegook, it sounds to me like the banks didn’t know the value of their holdings. How can they expect us to trust them with our money?

Moon: That’s a good question. The answer lies on Wall Street and they’re scrambling to come up with it to rebuild investor confidence right now.

Vigeland: Alright. Marketplace’s Bob Moon. Thanks so much. 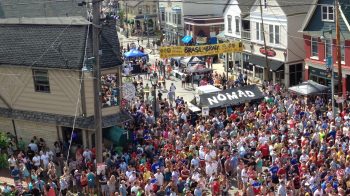 Prepping the party for a winter World Cup