KAI RYSSDAL: Retailers have been taking a hit as consumer spending has slowed with a down economy. And even though discounters have generally been able to hold their own, Target’s trying something new.

The chain store is going to open four stores in Manhattan this Friday. But they’re not going to be your usual airplane-hanger-sized deals stocked with frying pans, basketball shorts and baby lotion. They’re designer boutiques. And they’ll be here and gone faster than you can say catwalk.

Even though it’s not open yet, the PR guy — Joshua Thomas — is there. Which gives you a sense of what this is all about.

JOSHUA THOMAS: Really, the idea behind it is an in-and-out strategy. Put up a store, take it down in a number of days, and really generate buzz and excitement.

That seems to be working. Every couple minutes, a customer tries to get in and buy some of the clothes and accessories created for Target by high-end designers.

Manuel Cristoble says he’ll be back when this bodega opens on Friday.

HOBSON: What will you be looking for?

CRISTOBLE: Just to check out what we have, because I’m always look for something that I don’t need. But it sounds very cool.

Target doesn’t have any of its traditional mega-stores in New York City, and that’s not surprising given the price of real estate. But the company hopes these bodegas will drive traffic to those big stores and to Target’s website.

HOWARD DAVIDOWITZ: It’s a very powerful fashion message at a price, and that’s what Target stands for. That’s why we call them “Target” [pronounced as Tar ZHAY].

Davidowitz says consumers who cut back during tough economic times still want to feel like they can afford some luxury.

Makes you wonder, then, why Target is bothering to close the bodegas next week. 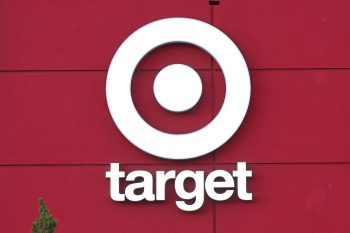 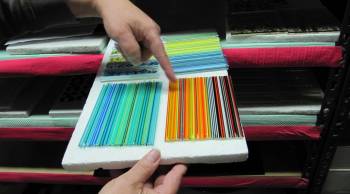