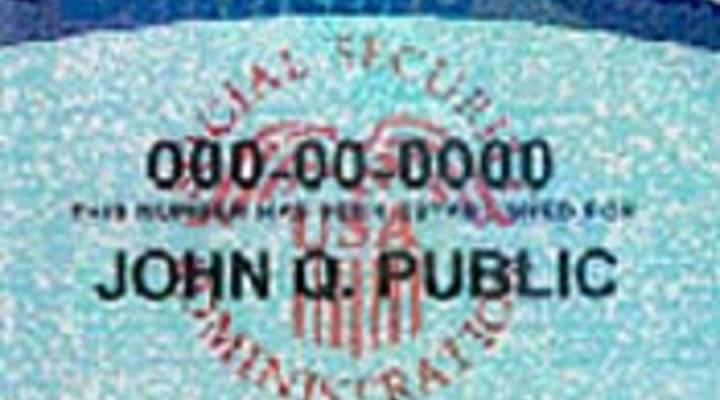 Tess Vigeland: We’ve gotten quite a bit of feedback about our story last week on a little-known option for Social Security recipients.

Marketplace’s Bob Moon told us how it’s possible for those who chose an earlier but smaller Social Security benefit to restart the clock. Essentially, those retirees can give themselves a future raise.

You wrote in asking for more information on how this all works, so Bob is back with us to help clarify a few things.

Vigeland: So this sounds like a pretty good idea, but I guess it’s something that you really shouldn’t rush right into before you understand how it’s going to affect your particular situation.

Moon: Exactly. Talk to a financial planner or if you can afford some special software that’s been put together by Professor Laurence Kotlikoff at Boston University, you can crunch the numbers yourself and make certain assumptions about your financial future and the impact that this might have.

Vigeland: Who might actually benefit from this taking Social Security, paying it back and then taking it back again?

Moon: Well, the experts we talked to say depending on your situation — and that’s really key here — if you’re already taking your Social Security benefits and you’re somewhere between, say, 63 and 75, you could very well benefit here. But remember, you’re making something of a tradeoff because you have to pay the government back for every cent that you’ve already received in benefits and for a lot of beneficiaries who just don’t have that money, $30,000, $50,000, maybe $100,000, that’s going to make you swallow real hard about whether this is worth it.

Vigeland: Now Bob, Professor Kotlikoff argues that you may be spending down your nest egg, but you’re going to guarantee yourself a higher income if you live past your life expectancy. Here’s how he explains it:

Laurence Kotlikoff: That’s a major risk that people face in old age that they don’t really focus on because somehow everybody expects to die on time, but lots of people aren’t dying on time; lots of people are dying very late in life these days and you have to worry about that downside.

Moon: Now here’s the thing though Tess: If you die before that and you’ve paid all that money back then you’ve lost the bet; you leave all that money with your Uncle Sam. The thing to think about here is that if you do maybe just one — the wife or the husband who gets the bigger benefit — then the person who survives the longest still receives that bigger check, so you may want to put together at least some of the money and see if you can do this because it might be worth it.

Vigeland: And then you’re not paying back quite as much as you would have otherwise?

Vigeland: OK. So if you do decide that you can benefit form this, what do you have to do?

Moon: Well, it’s as simple as filling out a Social Security form to withdraw your application for benefits and of course, then you have to give them the check. And then once you’ve done that you can turn right around and reapply for the higher benefit that you’re eligible for at your current age and that goes up around 8 percent every year until you reach age 70.

Moon: And it gets real complicated, so we’re going to put a lot of links on the website including the form you’d have to use and some case studies that Professor Kotlikoff has done to try to help you understand all this.

Vigeland: Alright Bob, thanks so much for coming back to help us out.