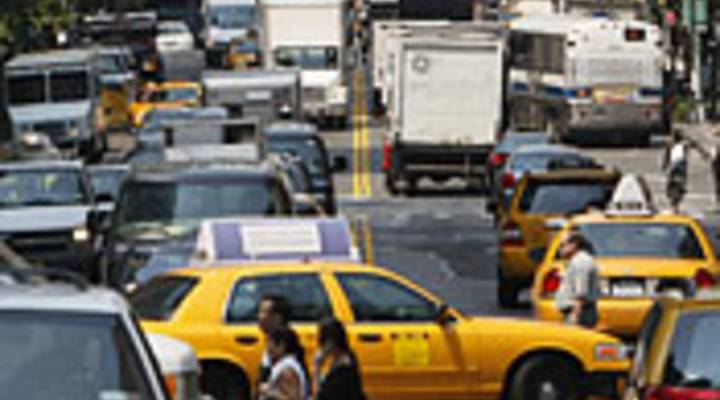 Lisa Napoli: Just say no to long commutes and Urban Sprawl. That’s the theme of a book to be released today on Capitol Hill by The Environmental and Energy Study Institute and the Urban Land Institute. Here’s Stacey Vanek-Smith.

Stacey Vanek-Smith: In compact cities like Portland, Ore., people spend about 10 percent of their discretionary incomes on transportation. In sprawling metropolises like L.A. and Atlanta, it’s more like 35 percent and climbing thanks to rising gas prices. Policy Analyst Jan Mueller says that could make city living look a lot more affordable.

Jan Mueller: For a long time, cheap energy did allow people to make a choice to save money to live in a place that was less expensive further out. It’s becoming less competitive from a financial and a time standpoint to live further out.

Mueller says Congress needs to encourage cities to invest more in existing infrastructure and less in new roads and developments. He says, these changes will help reduce global warming and preserve home values in a down market. Mueller points out that houses closer in to cities have appreciated more than homes that require a long commute to urban centers.