Naples throwing away its cheese

Naples throwing away its cheese

Scott Jagow: We could have a different issue with cheese from Italy. Strangely, this has to do with garbage on the streets of Naples, the birthplace of pizza. The city is filling up with garbage. The people of Naples have been burning it this week, and that’s where the cheese comes in. Bear with me.

We’re joined by our correspondent in Rome, Megan Williams. Megan, let’s start with the trash. Why is it piling up?

Megan Williams: Well, it’s a story that goes back at least 10 years. The mafia owns Naples, right, it controls the whole city. Garbage is one aspect of it. So Northern Italy has been, you know, literally dumping its garbage in and around Naples, and a big reason for this is that the camorra, which is the Naples mafia, it’s been making a lot of money by just accepting garbage from all over the country. And now, all of the garbage dumps are full, so there’s no place for the garbage to go for local people. So people are incredible frustrated, and also out of fear from starting disease, they’ve started setting fire to the garbage. And that’s caused a whole other problem.

Jagow: And this is garbage on the streets.

Williams: This is garbage on the street, this is garbage in ditches, caves, abandoned fields — you name it. Any space that people can find to put their garbage.

Jagow: And what problem is it causing?

Williams: Well, that’s the other tragic element in the whole story, because they’re burning plastic, and it’s releasing toxic waste into the air, which of course goes into the water system, which goes into the grass. And one of the biggest, healthiest industries in and around Naples is milk, butter, cheese producing. I mean, all of the world’s mozzarella cheese comes from around Naples, and so there’s huge concern in Italy that the mozzarella cheese is toxic now. And the sales have dropped — I mean, friends in Rome, nobody’s buying mozzarella anymore. Everybody’s saying no, don’t buy it. Even though health agencies in Italy are saying well, if the crisis continues, yes it’s a concern, but it’s really not a concern now, but there’s just too much economic interest at stake for people to be trusting what public health officials are saying.

Jagow: Has anyone outside of Italy brought attention to this, like the European Union or the U.S., that might be importing mozzarella?

Williams: Yes — the European Union is actually suing Italy to try and get the problem under control. But so far, the Italian government has not been able to bring the mafia to its knees really anywhere in the country, but particularly in Naples — it’s a city that’s completely controlled by the camorra. 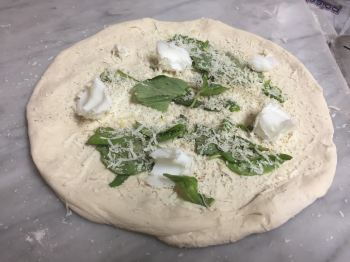