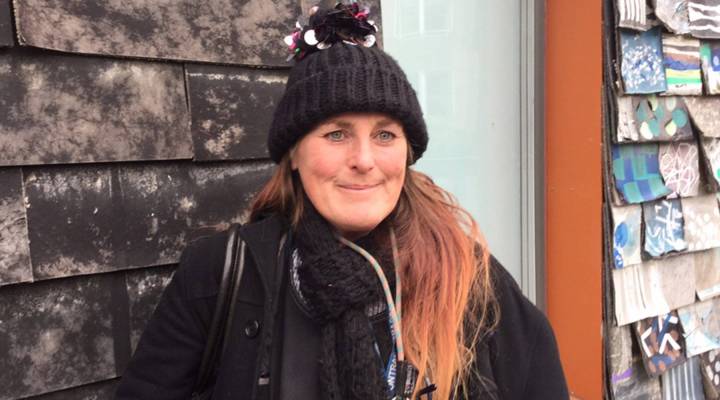 Cat Fletcher loves garbage. Or rather, she loves her job with Brighton City Council finding new uses for materials and products that others have discarded.

Fletcher is the first person in Britain to be hired by a local authority to rummage through detritus, looking for objects that could be reused or repurposed rather than be sent for incineration or burial in a landfill. Britain is one of Europe’s most densely populated countries, and, with land at a premium, the nation is running out of space for landfills. Brighton has already run out of it and has to send its trash to landfill sites more than 120 miles away.

Which is where Fletcher comes in.

“Whenever the council vacates a building, instead of calling in a garbage clearance company, they send me in to audit the trash,” said Fletcher, who likes to call herself a “resource goddess,” although rather less flatteringly, she has been called the “garbage queen.”

“I can call on a vast network of businesses, community and arts groups, school projects, charities and individuals who can always find a use for discarded stuff,” she told Marketplace.

Defunct electronic equipment has been dismantled and the components used to make sculptures. Tatty and threadbare office chairs have been reupholstered by a local charity and sold to raise income. Hundreds of unused flower pots discovered in the loft of the offices of the Brighton Parks Department were given to local nurseries and farmers.

“There’s too much stuff in the world,” Fletcher. “We can’t simply go on generating more and more piles of stuff only to end up burning or burying it.” She prefers reuse to recycling since it consumes less energy, and she insists that her approach makes very good economic sense.

“If the council disposed of everything in the usual way, they’d be paying for labor, for incineration or for landfill. And recycling can be costly. My approach is much cheaper,” she said.

At Fletcher’s suggestion, the University of Brighton put many of her ideas into practice and built a house almost entirely out of discarded materials on its campus. The so-called Waste House, designed by architect Duncan Baker-Brown, is “90 percent trash.”

Ninety percent of the materials used in the University of Brighton’s Waste House were thrown away or regarded as refuse.

“The denim legs come from a British company that imports ready-made jeans and then cuts the legs off to make shorts. Normally they would send the legs off for incineration or landfill,” said Baker-Brown, adding that the denim legs provide “really good insulation.”

The Waste House cost about the same as a conventional house to build; the labor was more expensive but most of the materials were free.

Perhaps the garbage queen’s most unusual feat of repurposing waste was when she helped to turn old umbrellas into flamenco dresses for a local dressmaker.

“Old umbrellas were just perfect because the material had the right swish to it,” Fletcher said. “And you’ve got a variety of colors in these old brollies, so that works well, too.”

It just requires a bit of imagination, said the garbage queen, a huge amount of so-called waste is actually treasure. 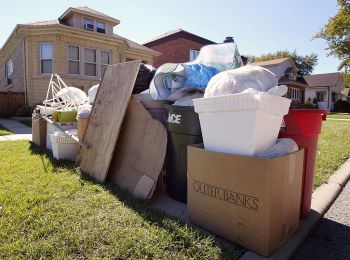