KAI RYSSDAL: Don’t know what this says about what American women can expect Christmas morning but sales of women’s clothing are down about 6 percent this holiday season. The report from Mastercard Advisors, based on credit-card receipts, cites boring fashions as one of the reasons. Commentator Sandra Tsing Loh says her recent shopping spree was anything but dull.

SANDRA TSING LOH: We have come to the point in 21st century American civilization where the cosmetic improvements available to us actually outstrip our bodies. For instance, a few years ago I decided to get my four front teeth recapped.

The dentist asks me to pick a new shade. But I’m thinking: How often am I going to do this? If I buy myself that skosh extra white now, it’ll give me some insurance against all that future coffee, tea, and red wine.

So it comes shortly to pass that I meet Peter Mayle, author of “A Year in Provence.” I had just written “A Year in Van Nuys” and — long story short — Mayle and I are in studio doing a kind of witty, World Wrestling Federation smackdown of Provence versus Van Nuys. We satirically traded increasingly heated accusations of elitism, affluence, and artificiality.

At which point Peter Mayle literally hurls out something like: “Well for goodness sakes look at your teeth!” If a British person finds your teeth too white, that may be a good thing, but still I felt I overshot.

So last week I go to Victoria’s Secret to get some new bras. I hate bra-shopping, so I always just get the front bra, be it the T-shirt bra, Angel Bra, Wonder Bra, Miracle Bra or, as I like to say, the Four Horsemen of the Apocalypse Bra.

I don the bra the next morning and realize I can’t go out in public. This bra is as terrifying as a bio-engineered catfish that eats all other wildlife. These are basketballs grafted onto the chest about a foot higher than the natural bust area. They’re up around the neck but, I have to say, surprisingly comfortable.

Singed by Peter Mayle, though, I thought if I wore the bra into work I’d better announce it. So I enter the radio station, throw up my arms and yell, “LOOK AT MY GIANT BRA!” And the forty-something male engineer practically begins crying.

And henceforth around the studio, it became known as Victoria’s most poorly kept secret. 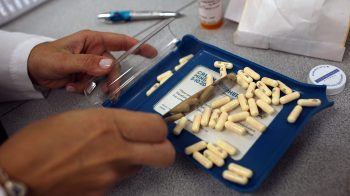 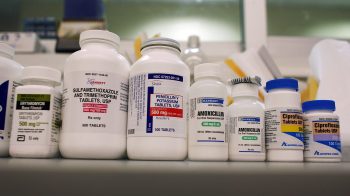