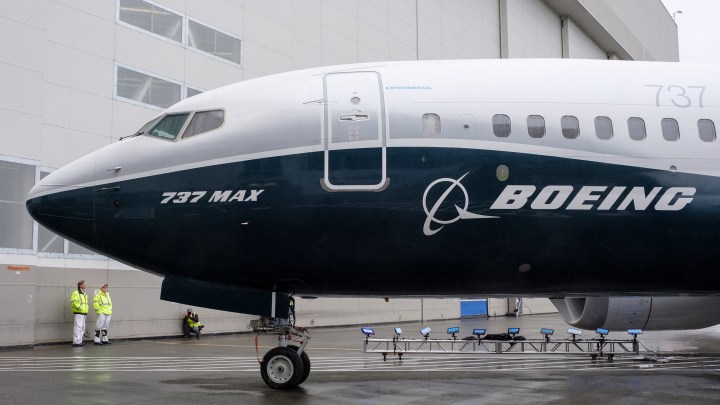 COPY
The now-grounded Boeing 737 Max sits on the tarmac outside of the Boeing factory in 2018 in Renton, Washington. Stephen Brashear/Getty Images

The now-grounded Boeing 737 Max sits on the tarmac outside of the Boeing factory in 2018 in Renton, Washington. Stephen Brashear/Getty Images
Listen Now

From the fatal crashes of Boeing’s 737 Max jets to the endless privacy and security problems facing Facebook, major companies are currently tangled in public scandals. But when a crisis happens, how a company reacts is key to whether it can earn back the trust of the public. In a new series called “Broken Trust” in the Harvard Business Review, professor Sandra Sucher and research associate Shalene Gupta examine the latest corporate failures and what it could take for the public to forgive them, even after the unthinkable. “Marketplace” host Kai Ryssdal spoke to the authors. The following is an edited transcript of their conversation.

Kai Ryssdal: Sandra, let me start with you and ask you what might seem like a foundational question, but I think it has to be asked. How do companies earn trust to begin with? And I realize there are lots of layers to trust, but give me the elevator pitch.

Sandra Sucher: So first place, you have to ask who is doing the trusting? And so companies are trusted by customers, by employees, by investors, by the public and by regulators. And so they’re always being judged. But they really do have to have an attitude that I really want to be trusted by each of these groups. But each one of these groups wants a different thing for me. And so I’ve got to figure out how I’m going to make that work.

Ryssdal: That’s exactly right. So Shalene, let me ask you, if I am a consumer of Facebook, I want something different from Facebook than a Facebook shareholder wants, right? A Facebook shareholder wants maximization of profits and a rising share price. The consumer wants pictures of relatives and high school friends and all this jazz, but also protection of data and not to be advertised too much and all of that.

Shalene Gupta: That’s exactly the tricky bit that companies are facing. They have to balance all of these different needs. So the classic case that Sandra and I like to use to illustrate the trust problem is Uber, for example. So we trust Uber to get us from point A to point B, right? But on the other hand, we don’t feel good about it. And the reason we feel so conflicted about Uber is, you know, we don’t feel great about how they treat their employees. There is all this stuff coming out about what they’ve done to their competitor Lyft, using really unfair tactics. And so the point is it is still in business. We still use them because we trust them to be competent. But Uber has also suffered some major losses, like when it was pounded because of the news about these scandals came out, Lyft started growing at twice the rate.

Ryssdal: Which gets me to actually something I thought was really interesting in this series, Sandra, which was the popular conception out there, and I admit I have it, is that the trust that people and regulators and everybody have in corporations is fragile. You two say in fact it’s quite robust.

Sucher: Oh, yes. That was the biggest “ah ha” of the research we’ve done, which is: We all have this idea that trust is fragile, that once lost it can never be regained. But let me tell you a story about a company that completely proves why that’s not true. So the company’s name is Recruit Holdings. They are a huge, at this point, giant tech firm in Japan. Now in the late 1980s, their founders started a scandal that was so large that the prime minister of Japan and his entire cabinet all had to resign their positions. So the way that they went about this was that they went back to their customers and they admitted what had happened, and they told the truth about what it was that they had done and how it was that they learned from this about the kind of company they wanted to be. So you can definitely get it back, but it’s not like it’s easy to do that. You have to do the kinds of things that a company like Recruit did.

Ryssdal: Let me turn you now then Shalene to another company in the news, a completely different company, completely different line of work: Boeing, which has had a very rough six or eight months because of those two crashes of the 737 Max, and we get now to the area of apology and getting trust back. You two write that Dennis Muilenburg, the CEO of Boeing, did not do a good job, we shall say, in his apology tour, as it were.

Ryssdal: Yeah, well, I was being gentle. OK. He did a terrible job in the apology. How bad was it, and can Boeing recover from this? And I should tell you just for the record, we tried to get Mr. Muilenburg on to talk about this and Boeing has declined politely. But anyway, can Boeing recover? What are they doing?

Gupta: I’m actually going to pass this one to Sandra because Boeing is her specialty.

Sucher: Yeah. So the reason why the apology was so awful were two big things: One is it really didn’t focus on the people who they harmed. And so if you’ve done something where more than, you know, 300 people lose their lives in two airplane crashes, the very first thing the public wants to hear is that you are unbelievably sorry. The second step is to tell the truth about what happened. And so the problem with Boeing is that you’ve got all these investigative reporters finding all kinds of things. Now that automatically is going to mean that you don’t think you can trust them because if they’re not going to tell the truth about what they did wrong, how do you know that they know what they did wrong or that they could even fix it?

Ryssdal: Trust can be kind of amorphous, right? So how do you define it, I guess, just as a way to wrap this up?

Sucher: So trust is actually the willingness to make yourself vulnerable to the behaviors and intentions of one other person or a company. And all of these companies we’ve been talking about, they have enormous power over all of the stakeholders that depend on them. And so that’s why trust is so important. It’s why we care about it so much. It’s because we’ve given this power away, and we want to make sure that it’s being used well. 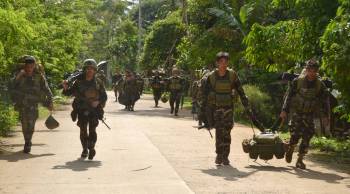