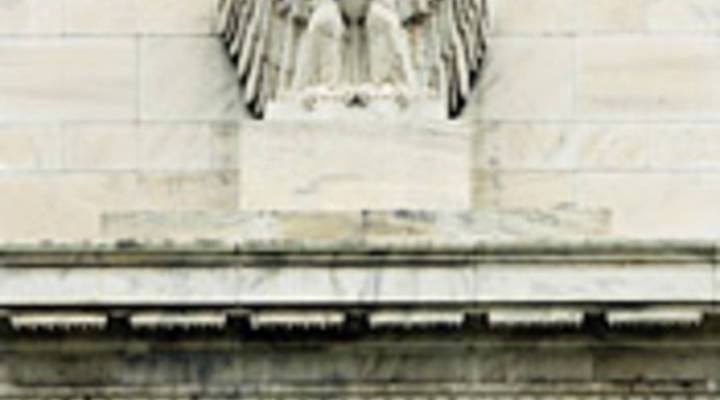 Interest rate whispers every which way

Interest rate whispers every which way

Doug Krizner: And for investors in the U.S. today, a piece of critical news: This morning’s report on July producer prices, which will be followed tomorrow by the report on consumer prices. Here’s Stacey Vanek-Smith:

Stacey Vanek-Smith: If this week’s numbers show prices are on the rise, that would be a sign of inflation, which could trigger the Federal Reserve to raise interest rates.

She says the economy is actually doing fine. Lowering interest rates would lower borrowing costs and would make investors feel better, but, she says, that’s exactly why the Fed shouldn’t do it.

Diane Swonk: We’ve just cut a whole group of people out of the market who are not getting credit. Who did we cut out? We cut out people who didn’t put money down on their house and who were sold mortgages that they couldn’t afford in the first place. I don’t think we want to give those people credit.

Swonk says if the Fed lowers interest rates just as the economy is picking up steam, it could create a financial bubble and set us up for a crash.