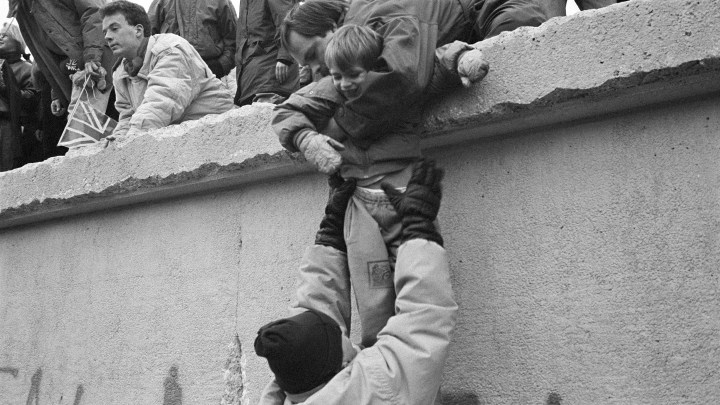 By most accounts, the financial cost to reunify Germany after the fall of the Berlin Wall was $2 trillion over 30 years. The money went not only to public works projects, but to providing social security to German citizens.

The disparities between East and West Germany’s economies were stark, with the formerly Communist east lagging far behind the west, which had a social market economy with a strong currency.

On the 30th anniversary of the fall of the Berlin Wall, some economic analysts are contrasting that economic experience with the steep economic division that exist in the U.S. today.

Some areas are falling behind due to an increase in automation, a lack of education and local legislation, according to Katy George, a senior partner at McKinsey & Company.

According to Diane Swonk, chief economist at the tax and advisory firm Grant Thornton, that’s why now is the perfect time to invest big in America.

Swonk is of the opinion that America is losing out in a manner that a country with its wealth shouldn’t have.

According to some calculations, if the U.S. invested in similar ways that Germany has in the days since reunification, the American government would spend just under $10 trillion over the next 30 years.

“I’d say a least a third of that is now necessary. And that’s just the floor,” Swonk said.