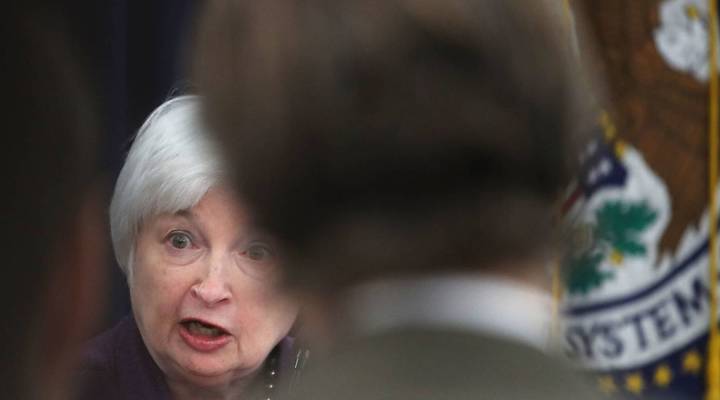 The Federal Reserve is walking a fine line.

On the one hand, the Fed doesn’t want to wait too long to hike interest rates.  Prolonged periods of low rates can create bubbles in different parts of the economy.

“Yes, of course we are worried that bubbles could form in the economy and we routinely monitor asset valuations,” said Fed Chair Janet Yellen at the press conference after the Fed’s September meeting.

For example, Yellen said the Fed is keeping a close eye on prices for commercial real estate, which are heating up.

So, the Fed has to watch out for bubbles.

But, on the other hand, the Fed doesn’t want to raise interest rates too soon.  That could choke off economic growth.

And then there’s psychology.  Markets are skittish.  Mere speculation about an interest rate hike is enough to set them off.  Wall Street parses every new statistic on the economy.

“Everyone is a detective now and is saying oh my gosh it must mean the world is going to come apart at the seams – retail sales were flat last month,” said Brent Schutte, chief investment strategist, Northwestern Mutual Wealth Management Company.

In this environment, the Fed tries to telegraph its moves to investors.  In a statement after the September meeting the Fed said it did decide to wait on an interest rate hike.  But added, “the case for an increase in the federal funds rate has strengthened.”