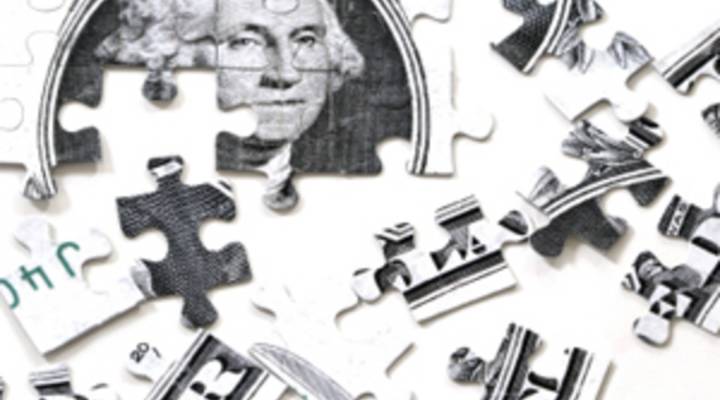 The best default for your retirement

The best default for your retirement

TESS VIGELAND: We just heard how helpful interest rates can be for an investor
But a lot of us only invest with one tool – our 401k retirement plan.

After Congress passed the Pension Protection Act last year, 401ks were supposed to be easier to get into. It allowed companies to automatically enroll their employees. But, regulators still have to decide what plans works best. Conservative “stable value plans” backed by insurance companies, or riskier “life cycle” or target date funds,” a mixture of stocks and bonds that change over time, backed by mutual funds.

Charles Ruffle is with the firm PlanSponsor.com. Charles, first: What does this mean for employers?

CHARLES RUFFLE: What employers have to do particularly if they adopt automatic enrollment is essentially create a default investment. And the issue at stake is what that default investment is and how it’s defined. That’s what the battle is at the moment.

VIGELAND: So, are the life cycle funds, the target date funds, is that becoming the general default for employers?

RUFFLE: Historically, defaults in the space have been looked at differently. They’ve been looked at through the eyes of capital preservation. The idea was if you defaulted somebody into an investment option, you should make sure you don’t lose the money. What matters now going forward is that people are gonna be defaulted, essentially for life, into these vehicles. So the idea of a capital preservation product is really outdated. What the Department of Labor has already essentially given a green light to is planned sponsors defaulting people into as delicate funds like target-date funds, or effectively vehicles that can provide an investment return.

VIGELAND: Let’s talk about how and why this matters for the employee. If you are with an employer who’s decided to automatically opt you into a retirement plan, as allowed now by the pension act, why should you care about this debate?

RUFFLE: It matters because for the first time really, we have the beginnings of a framework that really could allow the 401k plan, as it now exists essentially, to really provide this illusive concept of retirement with dignity. If it’s gonna happen, people who are automatically defaulted into these products have to have some confidence that they’re the right products and that they’re gonna grow. People are gonna be in these products, in many cases as we move forward, from the moment they start their working career to the moment they retire, and in some cases beyond. Which essentially means if they’re not put into the right vehicles, if they’re not defaulted into the right vehicles, they have no chance of accumulating the assets they need to retire. And considering really we’re moving into an era where all that matters in terms of most Americans’ ability to retire with dignity is what’s in their 401k plan. It’s essential, obviously to individuals, but it’s a huge societal issue. We have to get it right.

In terms of the architecture that’s being set up, both by the Pension Protection Act and what the Department of Labor is now doing, we’re finally, we’re looking at an architecture that can actually work. And the question is just to make it work in an optimal way.

VIGELAND: So what happens next with the Department of Labor?

RUFFLE: Well, it’s up in the air as to whether the Department of Labor green lights stable value funds as a default option. If they do green light it, if they allow it to happen, then it has real significance in that people who have been historically been defaulted into stable-value funds will likely at least be in a position to stay in them, and there won’t have to be sort of massive changes in terms of historic defaults. But I think going forward, it’s pretty relevant in a way. The marketplace as a whole has come to understand that capital preservation vehicles, like stable value funds, are not the right options for 401k plans. I mean, there are instances where people can choose to opt in to those products – perhaps they have savings elsewhere and they just want stability – but for most . . . Americans, that’s absolutely not the case. So to some extent, this battle has been fought and won. And really, the stable-value industry is really fighting over yesterday’s war, but it’s still one that maybe needs to be fought.

VIGELAND: All right. Charles Ruffle is the CEO of PlanSponsor.com Thanks so much for coming in.