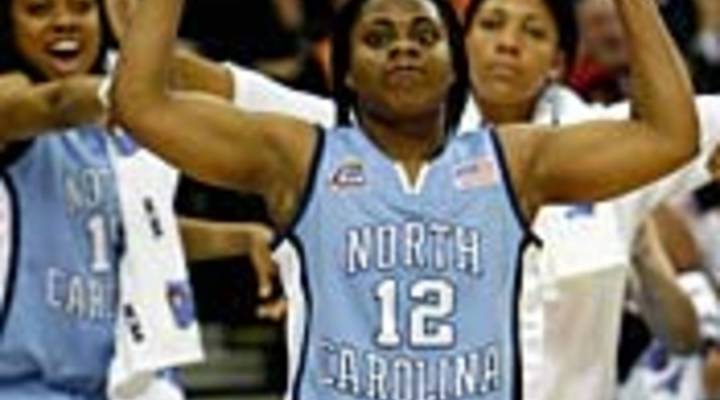 Tess Vigeland: Thirty-five years ago this weekend — June 23, 1972 — Title IX was enacted. It mandated, among other things, that any school receiving federal money provide equal opportunities for men and women. In athletics, it’s meant many things to many people — more money and opportunity for women athletes, less money and opportunity, critics say, for the guys.

Here to look back on the impact of Title IX with us is our business of sports commentator Diana Nyad. Good to see you again, Diana.

Diana Nyad: Thanks so much, what’s going on?

Vigeland: Well, you know, we’ve got this 35th anniversary of Title IX coming up this weekend. Obviously, a cause near and dear to our hearts as women and to your heart as a female athlete. Tell me, has it worked?

Nyad: I think overall it has. I dare say even some of the lawyers who have argued Title IX cases against the women would say that it was needed. I mean, Tess, I graduated high school in the late 60s, I was a world champion. Look at Billie Jean King — she was a Wimbledon champion by the time she graduated high school, there wasn’t a drop, not a dollar of college scholarship money for us in those days. So if you wanted to go to college and still play sports, you were on your own. You had to become part of a men’s team, or go to the local, you know, community and play there. Before Title IX, before 1972, there were about 300,000 girls playing high school sports around this country. Now, there are 3 million. So we have to applaud that.

Vigeland: But have we been able to find a balance there? Because, you know, the ongoing debate is whether it’s fair to have a school cut wrestling, or lacrosse, or some other men’s sport in order to make room for women’s sports under the so-called proportionality rule.

Nyad: There’re two key issues. One is what you’re bringing up now, proportionality. There are more females going to college today than men — nationwide, it’s about 57 percent to 43 percent. So if your population is 57 percent female, and you’re forced by Title IX to allocate 57 percent of your sports budget to women — but women don’t show up. They’re not as interested as boys, still, to play. Now, the Title IX advocates would say “Well, they’ll get interested. Give them the opportunity and they’ll show up. Build the field and they shall come.”

But so far, it is proving out that there are a number of schools that can’t fill their rosters. You know, even though they’ve made the women’s teams and the recruiting and the coaching and the travel funds available. So honestly, even as a feminist and a big Title IX proponent, I can say that proportionality hasn’t been exactly a just cause in a lot of schools.

And I said there’re two issues? The other one’s football.

Vigeland: Yeah, football. You know, this is the sport that really makes the equation hard to figure out. Because it’s so far beyond any other sport, you know — you’ve got enormous layouts of money, you’ve got huge numbers of athletes involved. And there’s just no comparison anywhere else.

Nyad: Yeah. Well, there are groups like the Women’s Sports Foundation, you know, which is Billie Jean King’s foundation for women’s advocacy in sports . . .

Vigeland: . . . and full disclosure, we should mention you’re on the board there.

Nyad: Yes, yes. And there’re many other groups, too, like the Women’s Sports Foundation, who will say that when a men’s wrestling team is dropped, men’s tennis team, gymnastics team, it has nothing to do with Title IX — it has to do with football. The resources that have to go into football, even though they bring in so much revenue . . . but then when the revenue comes in, it has to go . . .

Vigeland: It goes right back out.

Nyad: It goes right back into football. So it has been suggested by legislatures and all kinds of other advocacy people on both sides of this issue — since way back, since Title IX first came into being in the early 70s — that football just be taken out of the Title IX equation. And so if football just makes its own revenue, pays its own way, and then the rest of the pie is divided up equally by the genders . . . men’s and women’s basketball and fencing, and wrestling, and tennis and gymnastics and swimming and all of it. If we got football out of there, let them take care of themselves, I think then we would probably have the most fair situation I can personally think of.

Vigeland: Diana Nyad is our business of sports commentator. Thanks so much for coming in, great to talk about this with you.