Falwell was a pioneer at selling God

Falwell was a pioneer at selling God

KAI RYSSDAL: Funeral services for Jerry Falwell were held in Lynchburg, Va. today, not far from the church he founded there 50 years ago. Thousands of mourners showed up. Tens of thousands of others have paid their respects over the past week to the man who was the public face of one of the most important political movements of the past three decades.

Commentator Adrian Wooldridge points out there was another side to Jerry Falwell that deserves some attention — that of religious entrepreneur.

ADRIAN WOOLDRIDGE: Falwell was born in obscurity in the nondescript Virginia town of Lynchburg. His father was a bootlegger who shot his own brother. He went to bible college and then began his Christian ministry in 1956, in an unused soda bottling plant.

He ended with a huge religious business — complete with a 22,000-member church, a house for alcoholics, a kids’ summer camp, a school and even a university.

Falwell was in the forefront of using radio and television to broadcast the evangelical message and to expand his marketshare.

His peers did the same. Pat Robertson bought up a ramshackle radio station in 1960 and turned it into the mighty Christian Broadcasting Network. Jimmy Swaggart was one of the most popular broadcasters in Latin America. They were all so successful because they had always operated in a competitive religious market.

The mainline churches had the advantage. The FCC had handed them free air time until the mid-1960s. Evangelicals, on the other hand, applied capitalist marketing techniques, because they had to kill what they ate.

“We have a better product than soap or automobiles,” Jim Bakker once proclaimed. “We have eternal life. I believe that Christian television will be the tool that ushers in the triumphant return of Jesus Christ.”

Jerry Falwell was one of a kind. But he has plenty of younger imitators today in America. And a growing number of imitators in the Middle East, too.

The Muslim world is seeing the rise of its own televangelists, who use modern technology — particularly satellite television — to preach their faith.

RYSSDAL: Adrian Wooldridge is Washington correspondent for The Economist Magazine. 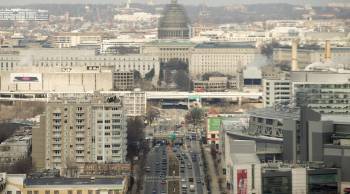