From rice to riches for Uncle Ben

From rice to riches for Uncle Ben

KAI RYSSDAL: The Mars Company rolled out a $20 million ad campaign this week. Not for its more familiar products like M&Ms or Snickers.It’s pushing rice. Uncle Ben’s. Except he’s not just Uncle Ben anymore. He’s the chairman of the board now.

The idea was to update a 60-year-old image loaded down with racial baggage. But Marketplace’s Amy Scott reports that makeover is getting some mixed reviews.

AMY SCOTT: On Uncle Ben’s new website, you can tour the character’s office. The new Uncle Ben presides over a massive oak desk. His daily calendar is full of important appointments.

But smiling down from a gold-framed protrait on the wall is the same bow-tied gentleman the company has emblazed on its products for decades.

MARILYN KERN FOXWORTH: They are trying to elevate this character, this icon, from a place of subservience to a place of control and power.

Marilyn Kern Foxworth wrote about Uncle Ben in a book about African Americans in advertising. She says he was a real guy, a rice farmer not connected with the company. The picture, though, was of a restaurant maitre d. named Frank Brown.

Sixty years later, Kern Foxworth says the image connotes servant or porter — not the head of a company.

Al Anderson is CEO of Anderson Communications. The company specializes in marketing to African Americans.

AL ANDERSON: There are African Americans who are chairman of the board. They don’t have on string bow-ties, OK? They have on business suits just like any other CEO.

And they probably don’t go by Aunt or Uncle So-and-So, another vestige of discrimination.

Anderson says Mars might have done better to follow Aunt Jemima’s lead. A makeover almost 20 years ago slimmed downed the former “mammy” caricature, took away the bandana and added pearls. Anderson says if Uncle Ben had just switched ties, most customers probably wouldn’t have noticed. And it wouldn’t have cost $20 million. 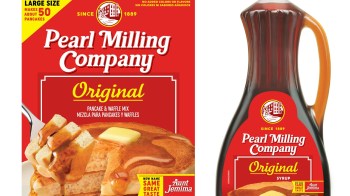