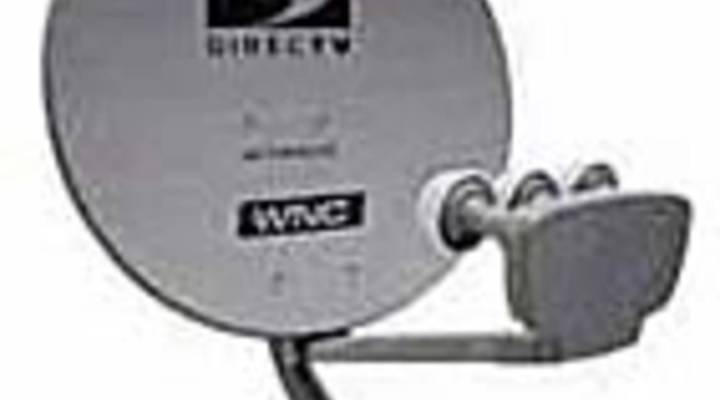 Newscorp dishes it out, Liberty gives right back

Newscorp dishes it out, Liberty gives right back

TESS VIGELAND: Think of this next story as a corporate Santa swap. Today Rupert Murdoch’s Newscorp finalized a deal with Liberty Media. Liberty is handing over its 20-percent voting stake in Newscorp. In return, Newscorp gives Liberty Media its big satellite operation: DirecTV. Not to mention a few stocking stuffers like a half-billion in cash and three regional sports networks. It may sound like your run-of-the-mill media deal. But as Marketplace’s Stacey Vanek Smith reports, it’s all in the family.

STACEY VANEK-SMITH: In the media industry, Rupert Murdoch and John Malone are like King Kong and Godzilla. Murdoch’s Newscorp owns everything from Fox to the New York Post to MySpace. Malone’s Liberty Media owns QVC, and he used to run cable giant TCI.

CUNY journalism school’s Jeff Jarvis says Murdoch has to be happy about the deal.

JEFF JARVIS: I don’t think that he wanted to have a Japanese monster movie going on in his own boardroom.

Murdoch and Malone used to be friends and business partners. But then, in 2004, Malone bought up a big stake in Newscorp. The move threatened Murdoch’s control of the company.

Jarvis says it might look like Murdoch had to sacrifice DirecTV to get Malone off his back. But it was actually a very savvy business move.

JARVIS: Murdoch fought very hard to get DirecTV, but he’s also a clear-eyed business man. He loved newspapers and magazines and he sold them when they weren’t good business.

Jarvis says cable and satellite companies will lose big bucks as more people watch TV on the Internet. And the Internet is exactly where Murdoch is moving his business.

JARVIS: It’s the stuff that we make, it’s the relationships that we have out here. If he can get in the middle of that, that has tremendous value in the future. More value than just owning a transmission tower.

Don’t shed any tears for John Malone. Matthew Felling is with the Center for Media and Public Affairs.

MATTHEW FELLING: What Malone gets is not to be in the passenger seat, he gets to get back behind the wheel and see if there’s a creative twist in the road that he can take DirecTV down.

The deal still has to be approved by regulators and shareholders.