MARK AUSTIN THOMAS: Cork. It’s not just for wine anymore, or bulletin boards for that matter. Cork is also starting to show up in the fashion and accessories market. It’s a natural material, so its recent success is beneficial to both producers and, as it turns out, the environment. From the Marketplace Innovations Desk at North Carolina Public Radio, Janet Babin has more.

JANET BABIN: Most of the world’s cork is grown in Portuguese forests and turned into bottle stoppers.

The trees can live up to 200 years. Their gnarly bark and squat stature makes them look like scenery in a Tolkien adaptation.

But cork is becoming popular among the fashion forward set. This season cork it turned up not just in shoe wedges, but in clothes and handbags too.

Designer Lauren Mirken made a line of cork purses at her Chelsea, New York factory.

The worker’s using a machine like a cookie cutter to form clutches that retail for $180 dollars. The cork is thin, and comes in multi-colored bolts, like a fabric. Because of that, Merkin says there’s less raw material waste than with leather or lamb skin:

LAUREN MERKIN: Depending on the animal it can be very small or it can be a larger cow hide, but a lot of times it’s small and it’s irregular, so what’s great about cork in this particular form it came in is we can really maximize usage.

Designer Dianne von Furstenberg and others will also offer cork products in their lines.

Merkin picked up on the trend at home dA©cor showrooms. The soft bark has been used in Europe as floor tile and wall covering for decades.

In the U.S., it represents just 1.5 percent of the $2.6 billion flooring market.

But Linda Hopkins with American Cork Products says cork’s market share has increased 30 percent each of the past three years. She says the parquet and floating planks are not your mother’s pin boards:

It also environmentally friendly, according to a report from the WWF. Becci May is the conservation group’s program officer in the UK.

BECCI MAY: If you choose cork you’re helping to conserve the cork oak forests.

The cork bottle stopper market dropped 18 percent in the last five years. The WWF hopes other cork products will help pick up the slack.

Hopkins says her company might be well on the way to doing that. The online firm is opening up a retail cork store in Los Angeles next week. 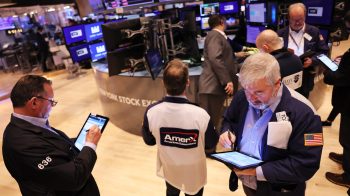 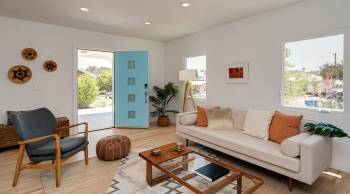