KAI RYSSDAL: Those who failed to read past the first line of the headlines were caught unwawares today. The Labor Department shared the September wholesale inflation report with us this morning. It’s called the Producer Price Index. PPI for those in the know. Down 1.3 percent, the headline read. A huge drop. Biggest since 2003. Except, it really wasn’t. And Wall Street focused on the . .. wasn’t . . .part. As Marketplace’s Jeff Tyler explains.

So, once we cut those out of the equation, we get a measurement of what’s known as core inflation. That core number surprised the experts, too. But in a bad way.

BETH-ANN BOVINO:“a€¦Actually jumped 0.6 percent. And that was three times what the market expected.”

Some traders interpreted this as a sign of intense inflation on the horizon. But Mark Zandi, chief economist with Moodys Economy.com, says those fears are based on a faulty calculation.

Zandi says another statistical aberration should have been factored out: auto prices. He attributes the spike in truck sales to the new model year. And since it’s a one-time bump, he thinks it should also be excluded from the core producer price index, or PPI.

MARK ZANDI:“The run-up in core PPI is entirely due to an odd increase in vehicle prices. Excluding that, core PPI rose a very, very modest point-one percent. And has actually been rising at a modest pace in the last few months.”

BOVINO:“In a sense, it’s a good slow down. People probably don’t like to hear that. But in a sense, that slow-down is what’s keeping inflation in check, and is what’s going to keep the Fed from continuing to raise rates.”

Fed watchers will get another chance to read the economic tea leaves tomorrow, when the Consumer Price Index gives us a window on inflation at the retail level. 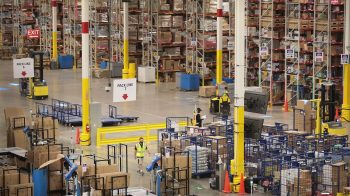