KAI RYSSDAL: Scandinavians. They get a lot of credit for being socially enlightened. For things like universal health care. And equal opportunities for men and women. But Norway might have taken things a step too far. Marketplace’s Stephen Beard reports from Oslo.

STEPHEN BEARD: In Norway’s placid capital — home of the Nobel Peace Prize — a battle of the sexes has broken out. The government has declared war on male-dominated business. Even the mild-mannered Deputy Minister for Equality, Krishna Chudasama, sounds as if her patience has worn thin:

KRISHNA CHUDASAMA: In Norway we have so many highly qualified women but it is really surprising for us to see that there were so few women in boardrooms.

The tone may not sound belligerent, but the message to the country’s 590 listed corporations is clear. If by the end of next year women don’t make up 40 percent of their boards, they’ll be booted off the stock exchange:

KRISTI KIERULF: I can’t really tell our politicians many enough times how proud I am that they actually had the courage to do this.

Kristi Kierulf, a marketing executive, says her stock shot up in anticipation of the new law. She now has a seat on five different corporate boards. Although an obviously able businesswoman, she says she owes much of her success to the 40 percent quota. Without it, male directors may not have considered recruiting her:

KIERULF: If somebody hadn’t told the men to look for women they would continue recruiting from their own network.

The old boy network is alive and well in Norway, says Kristi, with men giving each other a helping hand throughout their careers:

KIERULF: They met each other as students, they were social and had fun, and then they started their career in business life and they keep sticking together.

BEARD: And appointing each other to boards?

Four years ago, before the Norwegian Parliament took action, women held just 3 percent of seats on listed corporate boards. Today with a quota in place that figure has leapt to 22 percent. Compare that to America’s Fortune 500 companies, where women only make up 14 percent of the boardroom seats. But here in Norway a powerful backlash is developing. Hans Sruder Osmeer of the popular opposition Progress Party says he’ll repeal the quota if his party gets into power:

HANS SRUDER OSMEER: Lots of women think this is insulting. And this is a new kind of law that regulates businesses. And my party don’t want to have that.

He says that a seat on the board should only be awarded on merit. Every female director will now feel that she’s been appointed just to fill the quota. And the whole thing, he says, is an infringment of liberty:

OSMEER: It’s also interfering with private property rights which should be the owner’s rights, the stockholder’s rights.

In the dealing rooms in Oslo’s financial district there is a certain disquiet. Analysts worry that the quota might deter foreign companies from setting up in Norway. Investment banker Magnus Andreassen has his doubts about the measure:

MAGNUS ANDREASSON: I feel that the time schedule is tight. I feel that 40 percent is perhaps too high. And it should be done with more smoothness than we have seen so far.

One senior female director said she didn’t like quotas either and natural evolution was better than force. But she said that way we’d have to wait maybe 100 years to achieve equality in the boardroom.

In Olso, this is Stephen Beard for Marketplace. 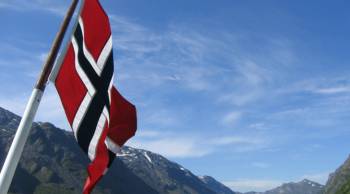