KAI RYSSDAL: It wasn’t a good day to be prime minister in Hungary, either. There were violent street protests last night. And the wire services report even bigger crowds this evening. Reporter Stefan Bos is in Budapest. Stefan, let me make sure I have this right. A politician was caught in a lie and 10,000 Hungarians take to the streets?

STEFAN BOS: Yes, that’s exactly what happened. He basically spoke in a closed meeting to his Hungarian Socialist Party colleagues and he said, “We were lying all those years and we all knew it. And the only thing in which we were interested was to be reelected. And that’s what he said, and someone secretly recorded this and the tape somehow got into the hands of the Hungarian Radio. They aired it. And then, you know, all hell broke loose.

RYSSDAL: The lie was about the performance of the Hungarian economy, do I have that right?

BOS: Yes. There was a very important element of it. He was basically elected on a platform of improving the economy. He also said that the Hungarian budget deficit is about 4.7 percent of Gross Domestic Product this year. Well, now we know this was a lie, basically, as he would put it in his words. Because the budget deficit will be really 10 percent or perhaps even more of Gross Domestic Product. And this, as a comparison, that is the highest we’ve seen in the European Union. And I have even spoken with someone of the IMF and he said it may be well among the highest in the world.

RYSSDAL: Now, has the prime minister been pushing economic reforms in his term?

RYSSDAL: A bit embarrassing for a brand new member country of the European Union.

BOS: Yes, it is very embarrassing. And especially because Hungary was always seen as the darling of foreign investments in central and eastern Europe. It attracted, initially, most investments. Now that time seems to be over. Many investors are trying to look to other countries — for instance, neighboring Slovakia and even to neighboring Romania which hopes to join the European Union in 2007 along with Bulgaria. So there is more competition now. And of course, with the high budget deficit and then the austerity package, and the higher taxes, some investors say “Well, we’d better look somewhere else.” 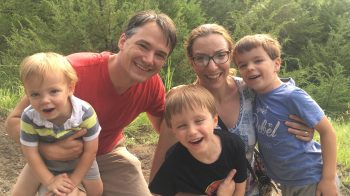