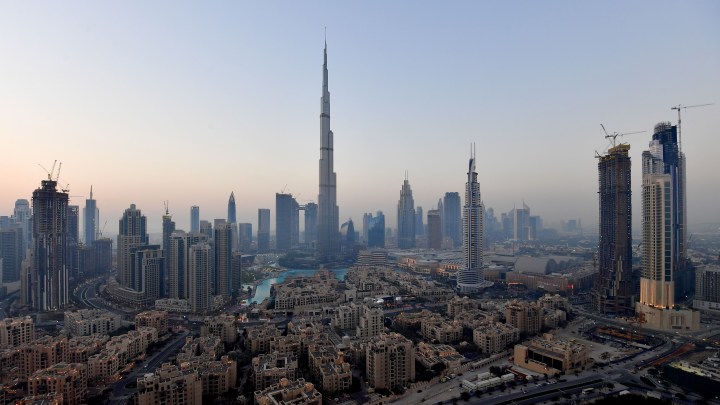 Last week, the United Nations Intergovernmental Panel on Climate Change released a report on mitigating the effects of climate change. According to the report, as much as 72% of the world’s greenhouse gas emissions in 2020 came from cities. Redesigning our cities to be more sustainable is a key factor in reducing emissions and halting the dangerous impact of climate change. But with urban land areas potentially tripling by 2050, where do we start?

Stefan Al, an architect and urban designer, believes that understanding the technological innovations in supertall buildings is the first step in creating sustainable cities of the future. In his new book, “Supertall: How the World’s Tallest Buildings Are Reshaping Our Cities and Our Lives,” Al talks about the history of supertall buildings and urbanization across the globe and what that history can show us about the future.

The following is an excerpt from his book.

The supertall skyscrapers of today are triumphs of engineering, test beds of technology, and living laboratories of new ways of living. But in their efforts to break ceilings, they are also structures built on serious risk. One simple change of a window mullion alone can make the cost of a building skyrocket, sending the designers back to the drawing board. Or worse, extending a floor by a few feet can topple the dead load of a skyscraper to such an extent that it could lead to collapse.

We are living in an urban age where the most tangible architectural expression of this era is the supertall. They are the cathedrals of our time. The supertall represents a highly calculated, high-tech world, where not a square inch is left to chance. It is one that is highly interiorized and air-conditioned, and also frequently subservient to the rules and goals of the landlord, inhibiting activities, such as protesting, that might be possible in a traditional public space. It is a high-end world, a capitalist Who’s Who of the most expensive and luxurious real estate available. But unlike the cathedrals of the Middle Ages, many of these new pinnacles in the skyline are off-limits to the vast majority. What would more egalitarian skylines look like?

The world of the supertall is at once a victory of mankind soaring to new heights and a controversial marker of society’s inequity and climate change. The supertall is a barometer of our society’s highs and lows. It is a window into our future that may allow us to rethink our ways.

From “Supertall: How the World’s Tallest Buildings Are Reshaping Our Cities and Our Lives” by Stefan Al. Copyright © 2022 by Stefan Al. Published by W.W. Norton & Co.