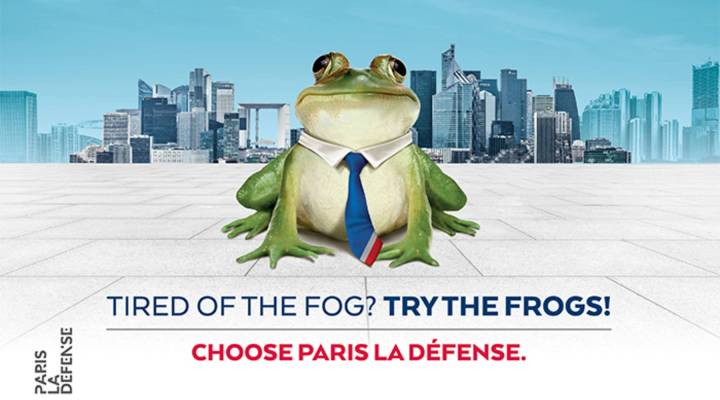 Travelers around London are literally seeing signs of the Brexit aftermath. Billboards posted in at least two locations read, “Tired of the fog? Try the frogs!” The campaign is an attempt by a Paris business district to woo firms that want to remain in the European Union.

Though consensus is that it’s far too early to tell if London’s valuable financial institutions would leave the U.K., early campaigning shows the global hunger for them if they do.

“There are a lot of financial centers in Europe and including New York that are looking at this as a golden opportunity,” said Michelle Egan, a fellow at the Wilson Center.

Much still has to be worked out when it comes to how the U.K. will leave the European Union. Without knowing whether the U.K. will retain access to the EU market, firms cannot make informed decisions about whether to stay or go. Those firms could be feeling increased unease as time passes, however.

“The concern they also have is it takes a long time to get certification or licensing to set up shop in another country,” said Egan, who is also a professor at American University . “It’s not an overnight issue.”

The prospect of building an international monetary powerhouse would be a strong motivator for many European capitals. Stefan Schneider, a Deutsche Bank economist based in Frankfurt, said one reason cities like his have already made rumblings about sniping London firms could be to build momentum for such an effort.

“You get this kind of agglomeration and industries, financial industries, moving to one specific place,” Schneider said. “That might then attract more business, basically, to follow the same route.”

Even if that did occur, it wouldn’t likely be on a large scale, he said.

“It’s naive to believe that you can get most of the London business into your own city,” Schneider said.

“A financial center, you know, develops over decades, a century,” he added. “It’s very difficult to compete with that, even if the legal framework changes.”

Have a catchy slogan you think other cities could use to attract British companies? Send us your responses on Twitter or Facebook.