SCOTT JAGOW: Commercial radio has been in a financial rut the past few years. That includes the biggies like Clear Channel. Yesterday, Clear Channel said profits dropped 11 percent last quarter. But the company believes it can turn things around. More now from Jeff Tyler.

MICHAEL CORTY: “Radio broadcasting is facing a lot of competition and dollars are not going to radio, and going to other forums.”

With local cable television and the Internet siphoning off ad dollars, growth in the radio industry has been flat.

Other radio companies compensate by cutting costs, but Clear Channel is doing just the opposite, spending more money on programming.

CORTY: “Clear Channel has really pushed the envelop in trying to get advertisers to recognize the value of doing a 15-second or 30-second ad.”

The company’s most counterintuitive success may be its decision to air fewer commercials, while charging advertisers more.

Both advertisers and audiences seem to approve. Ad spending is up, and so are the ratings. 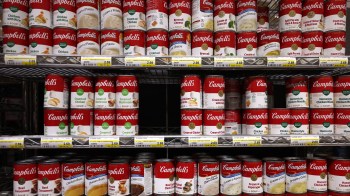