The death of Doha

The death of Doha

TESS VIGELAND: Doha is dead. Not the city, of course. But the five-year-old global free-trade talks. Most of the negotiating in those five years revolved around agricultural subsidies. But the US and Europe just couldn’t come to anything resembling an agreement. So after last-ditch talks in Geneva, today the head of the World Trade Organization threw up his hands — or at least he should have — and said OK, we’re done here.

From the European Desk in London, Stephen Beard has more on what all went wrong.

STEPHEN BEARD: The trade talks have foundered on a familiar reef: rich countries are reluctant to cut support for their farmers, poor countries are nervous about letting in more imported goods. Now everyone is trading recriminations.

The US has accused the European Union and others of over-protecting their farmers. But the EU’s negotiator Peter Mandelson said the US is to blame for the failure of the talks:

PETER MANDELSON: I only wish the United States would begin to match what the European Union is already doing. If it were prepared to do that without making unacceptable demands on developing countries in the process, then we wouldn’t be facing the collapse we’re going through today.

Aid agencies blame the US and the EU equally. One said the “selfish intransigence” of the Europeans and the Americans had neutralized the most important weapon in the fight against global poverty.

Unless agreement can be reached by the end of this year — and that now looks highly unlikely — it could be four or five years before another trade round can be completed. 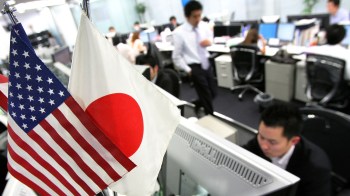