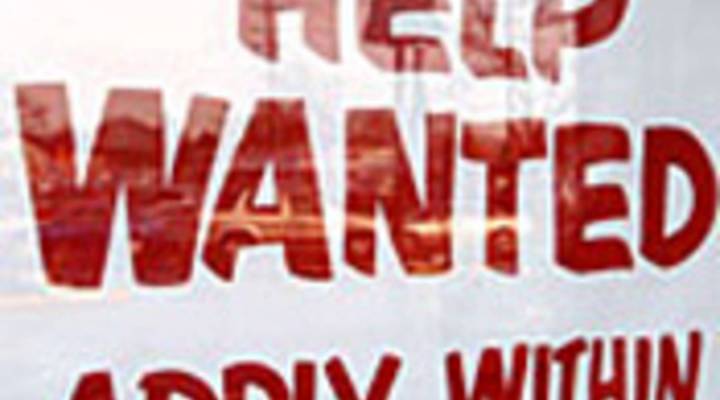 June employment up &mdash; but short of expectations

A sign that reads "Help Wanted Apply Within" hangs in the window of a beverage store. Tim Boyle (c) Getty Images

June employment up &mdash; but short of expectations

A sign that reads "Help Wanted Apply Within" hangs in the window of a beverage store. Tim Boyle (c) Getty Images

MARK AUSTIN THOMAS: Good economic news this morning. Employers added 121,000 jobs in June. That’s an improvement over May, but not nearly as much as expected. Wages are also up. And the nation’s unemployment rate held steady at 4.6 percent.

WARREN BENNIS: It’s a warning to everybody that inflation is number one on Bernanke’s radar.

BENNIS: It’s really a balance between the amount of disposable income and what this might do to bloat prices and make things unreachable for the average consumer.

Bennis says Bernanke is probably experimenting a bit right now, trying to get a handle on inflation without crushing economic growth. Once that happens, says Bennis, more jobs and more money could become good news on Wall Street again.