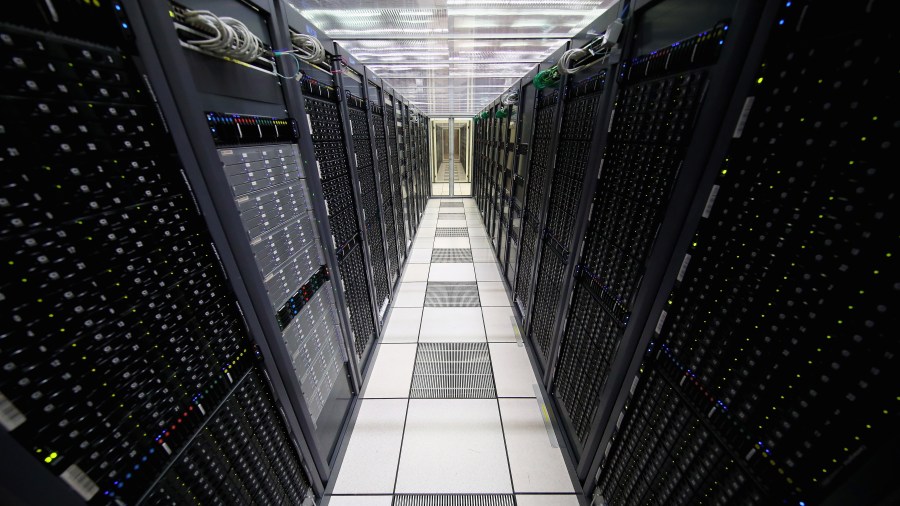 Your “cloud” data is making noise on the ground

As the amount of data coursing through the internet grows, so does the infrastructure needed to keep all that data flowing.

Huge data centers packed with computer servers are popping up around the country, often on what was once farmland. That land is also attractive to housing developers looking to sell the suburban dream, but data centers don’t always make good neighbors.

It turns out, keeping the cloud humming creates a lot of humming. I spoke with Bianca Bosker, who’s a contributing writer for The Atlantic. She wrote about Chandler, Arizona, where a group of neighbors have taken on data center giant CyrusOne. It started with one man named Karthic Thallikar. The following is an edited transcript my conversation with Bosker.

Bianca Bosker: Trying to fall asleep one night, he just couldn’t get over the sound of this “eeeeeehhhhhh” somewhere in the distance. So he began to go on these walks to try and figure out where the noise was coming from. Eventually, he did narrow it down to a data center that had actually moved into the neighborhood around the time he did and had been steadily expanding.

Amy Scott: It wasn’t the construction noise he was talking about, it was something coming from these data centers. Talk about what is actually making this noise.

Bosker: It turned out that the noise, this low-grade whine, was actually coming from these chillers that had been set up on the outside of the data center to keep the servers cool. We all hear about our data being stored in the cloud. That’s such a lovely, elegant euphemism, but in fact, there is a final physical resting place for our online activity, and that’s really in data centers. They’re all over the world, they’re all over the United States, and there are a lot of them in Arizona. These servers generate a lot of heat as they work, so you need chillers, these massive air-conditioning units, to keep them cool.

Scott: As more of these data centers sprout up around the country in the same places where subdivisions are being built, do you see companies being required to pay attention to this issue? How much would that cost, that noise mitigation?

Bosker: CyrusOne is going to be spending, I believe, around $2 million to execute this noise mitigation. They have pledged to wrap all of the chillers that are there now, and any that will be built, with this sound-insulating material that they say will help dampen the noise. I have to imagine that other companies that may be building data centers will take this into account as they expand. I think what’s interesting, though, is that they don’t really show any signs of slowing down. It doesn’t seem like our online activities are slowing down — in some ways, this is our noise. We are all in some ways responsible for the nightmare scenario that the neighbors have found themselves in.

Bosker’s story talks about the health risks of noise pollution, which can include headaches, difficulty sleeping, poor digestion, depression and anxiety. One study found that people exposed to even white noise were more likely to “zap fellow subjects with electric shocks.”

There’s a reason the military sometimes uses loud music as a weapon, but good luck getting any help from the Feds with your noise complaints — Congress passed a Noise Control Act in 1972, only to defund its implementation in the early ’80s.