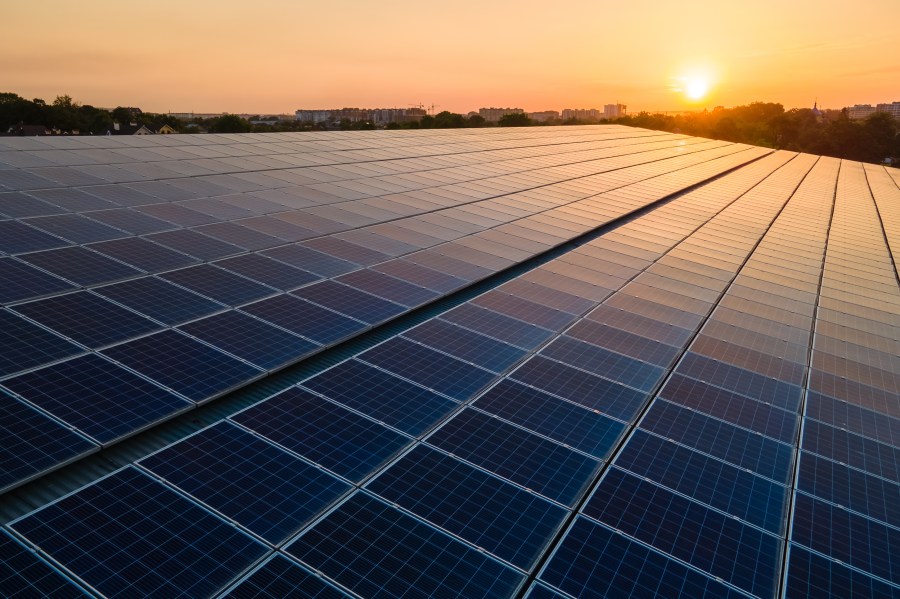 Water officials in California's Central Valley plan to cover some of their canals with solar panels, hoping the devices will conserve water by preventing evaporation.
Listen Now

Getty Images
Water officials in California's Central Valley plan to cover some of their canals with solar panels, hoping the devices will conserve water by preventing evaporation.
get the podcast
get the podcast

It’s a bit counterintuitive, given the dousing California just got from a series of giant storms, but most of the state is still technically in a drought.

The problem is only expected to intensify over the long term because of climate change, as warmer average temperatures increase evaporation. Take California’s vast system of open canals, which transport water across the state from reservoirs to agricultural lands and metropolitan areas. Scientists at the University of California, Merced, estimate the waterways lose tens of billions of gallons to evaporation annually.

However, a new project aims to shield the flows from the heat and sun and help the state meet its renewable energy goals by covering canals with solar panels.

California ships water across more than 700 miles. Most of the state’s water comes from the northern half, but most of it is used in the southern half. So those UC Merced researchers have been studying the idea of putting solar panels atop those canals.

“If we put solar panels over all 4,000 miles of California’s open canals, we estimated we could save 65 billion gallons of water annually,” said Brandi McKuin, lead author of a report on the research. “That’s enough for the residential water needs of 2 million people, enough to irrigate 50,000 acres of farmland.”

The Turlock Irrigation District in California’s Central Valley will test out the pilot project on about two miles of its canals.

India put solar panels over canals more than a decade ago. Those initial efforts produced lessons about what not to do: Don’t use expensive, cumbersome steel that corrodes over time and is tough to move and clean.

Los Angeles recently decided to consider applying the benefits of the Turlock project to the LA Aqueduct. During an LA City Council meeting, Arash Saidi of the Department of Water and Power said panels over cool water are actually more efficient in producing energy than panels over garages or desert sand. “The gain here is that we’ll be able to see more production,” he added.

But solar panels over canals also have downsides. “Installation costs are high,” he said. Meaning, it costs more money to install a panel over water than over land. Another problem: Transmitting electricity generated by solar panels in the middle of nowhere isn’t easy.

“This is 62 miles. If we run 62 miles of cable, you’re going to have immense losses [of energy], especially at lower voltages,” Saidi said.

A possible solution is to provide the power from the solar panels to homes near the canals so it’s not traveling as far.

It’s not clear yet when LA could see panels over its aqueduct, but the Turlock Irrigation District will break ground on its project in the coming months. 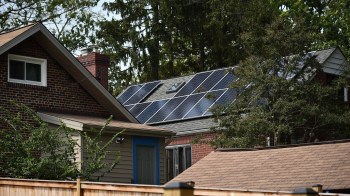 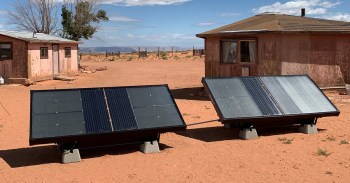 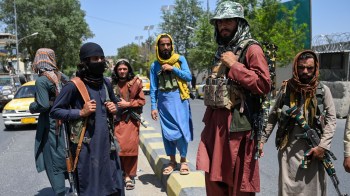 The new reality of Afghanistan’s economy 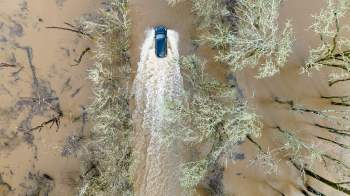