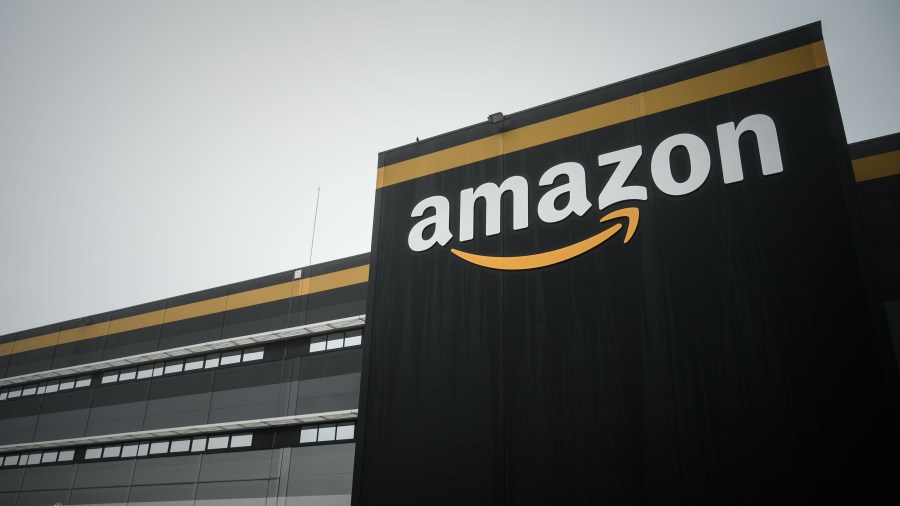 An investigative reporter found that the company's warehouses with the most robots also rack up the most worker injuries.
Listen Now

Amazon is by far the largest online retailer in the United States. Chances are you’ve already clicked on the buy button to do some holiday shopping.

Your click sets a complex chain of events into motion to get the product to you as fast as possible. But the Center for Investigative Reporting says that at Amazon, speedy delivery is coming at a very high human cost.

I spoke with reporter Will Evans, who obtained records on injury rates from 23 Amazon fulfillment centers around the country. The data shows the rate of serious injuries at the Amazon warehouses is more than double the average for the industry. At some warehouses, it’s as much as six times higher. I asked him why. The following is an edited transcript of our conversation.

Will Evans: What we’ve been hearing over and over again, both from workers and from former Amazon safety managers, is that it’s linked to the extreme production quotas that the workers have to meet. If they don’t hit those quotas, they are written up and eventually fired. The demands that are put on the workers are higher than at other companies. So what you end up seeing is workers’ bodies breaking down or people taking shortcuts to hit their rate and getting hurt as a result.

Jack Stewart: In some of your reporting, you talked to workers and they described themselves as basically being like humanoid robots.

Evans: It’s funny because they’re working with the robots all day, and many of them say, “Well, they want me to be a robot, too,” and they can’t, and their bodies wear out — they get carpal tunnel, or they throw out their back, or they mess up their shoulder, and then they’re out, in pain and unable to work, and a new worker’s brought in to see how long they last.

Stewart: What did these workers say about how much training they actually got for some of this very physical labor that they’re actually doing?

Evans: It’s interesting. The workers will say, “Look, they tell us how to do this safely, but we can’t actually do it that way and still hit our production quotas. So what do you want to do? Do you want to do it safely, or do you want to keep your job?” Some people say they even do it correctly, but they have to do it so quickly for such long periods. Right now it’s the holiday season, so you’re looking at mandatory overtime, 12-hour shifts and people held to quotas of hundreds of items an hour. An item every eight seconds, for example, or every 11 seconds. You have to do it all shift, and if you slow down the manager is going to know, and people’s bodies are wearing out.

Stewart: One of the things that really surprised me from your reporting was how quantified all this is, how much data there is collected on these workers and even things like their bathroom breaks.

Evans: Amazon is great at metrics, and they calculate all this. Every worker is scanning objects constantly, whether they’re picking the items that someone ordered or putting them in a box, they’re scanning things. Those scans are then tracked by a computer system that calculates down to the second how fast they’re going. When they slow down, that data is going real time to managers, so they know when you’ve gone to the bathroom, and the bathroom breaks will basically count against you. That’s known as “time off task,” and you’re not supposed to have too much of that. Workers say they will avoid going to the bathroom. I’ve talked to workers who said they had urinary tract infections because they avoided going to the bathroom because they didn’t want to lose their job.

Stewart: At these Amazon warehouses — incredibly automated — are humans really necessary in this whole picture?

Evans: These warehouses have hundreds of robots that carry racks of consumer products, but they also have thousands of workers that work in tandem with the robots. The workers stand in their stations, the robots bring the items to the workers. Amazon has said that this is not only very efficient, but also is safer and easier for the workers. The interesting thing we found is that in the data we have from Amazon warehouses, the ones with the highest injury rates are also the ones with robots. What we’ve heard from former Amazon safety managers is the robotic warehouses are known internally for being especially injury prone. Part of that seems to be the fact that the robots are so fast that humans have to keep up with that. They have to process hundreds more items an hour in these robotic warehouses because the robots are so quick at bringing these items.

Stewart: We see Amazon is this absolute giant of online retail. Given its size and scope, is there any special oversight? Is there anything that it has to do or comply with at either state or federal levels?

Evans: It’s similar to any other compay. It has to abide by the federal and state safety regulations. But there is no limit for how many people you can injure. A high injury rate may trigger an inspection, and OSHA at the federal level, does do inspections of these warehouses and occasionally finds violations. But there is no special oversight for Amazon because it’s so big. What we’ve actually found is some instances where Amazon has not faced consequences, including in one case, there was a death where a worker was crushed by forklift. This happened in Indiana. At the same time, Indiana was trying to bring Amazon to the state to build its second headquarters there, and they ended up deleting the safety citations and didn’t fine Amazon anything.

Stewart: So how does Amazon respond to this?

Evans: Amazon says that it is very diligent at counting all of its injuries and that other company aren’t, and that’s why you’re seeing higher rates of injury at Amazon. They’re very good at keeping track of this, at counting the injuries and at keeping workers off work until they’re actually ready to go back. The problem with that is there are federal regulations for how to count injuries that companies have to follow. Amazon has actually been fined for under-reporting injuries in the past. If they are now doing a diligent job at counting their injuries, that’s following the law. That’s great. But it doesn’t address the problem, which is that there are too many of them. Some of these warehouses, you’re seeing 15 injuries per 100 workers, up to 26 injuries per 100 workers, and even the Amazon safety managers I’ve talked to said, “Amazon knows that’s a problem. That’s way too much.”

Stewart: Do you get any sense that Amazon is beginning to take this more seriously? At the very least, this is not good PR.

Evans: I don’t have a good sense of how seriously Amazon is taking this. Of course, Amazon says safety is a top priority, but Amazon didn’t really respond in any way indicating how it would lower these injury rates.

Stewart: Do you plan to follow up on this reporting after the incredibly busy holiday season that we’re now entering?

Evans: This is very busy for Amazon — its workers are getting injured a lot right now. We found spikes in the data right around Cyber Monday. We’re going to keep reporting on this, and actually, we’re asking workers to keep sending us the injury records for their warehouses. This is how we were able to compile this data in the first place, from current and former Amazon employees, and we’re continuing to get them.

Will Evans’ story has some incredible detail, including stories from workers and former workers. Candice Dixon, a warehouse employee, described what it’s like to have to scan 300 items an hour.

The Seattle Times, newspaper of note for Amazon’s hometown, collates the complaints against the online retail giant as it ramps up to this holiday peak. One of the criticisms the paper highlights is an Economic Roundtable report and says “while the company has provided jobs and economic growth, many of its distribution workers were living in crowded, substandard housing and earning less than a living wage.” That can mean some cities and states end up subsidizing income and health care costs for workers who come to take those jobs, initially welcomed as engines of economic growth

For more detail on what the inside of these Amazon fulfillment centers look like, and how incredibly loud they are, you can listen to Marketplace Tech’s tour. We joined a group of Girl Scouts on one of Amazon’s public tours, which tries to counter this growing narrative that it’s not a good place to work.