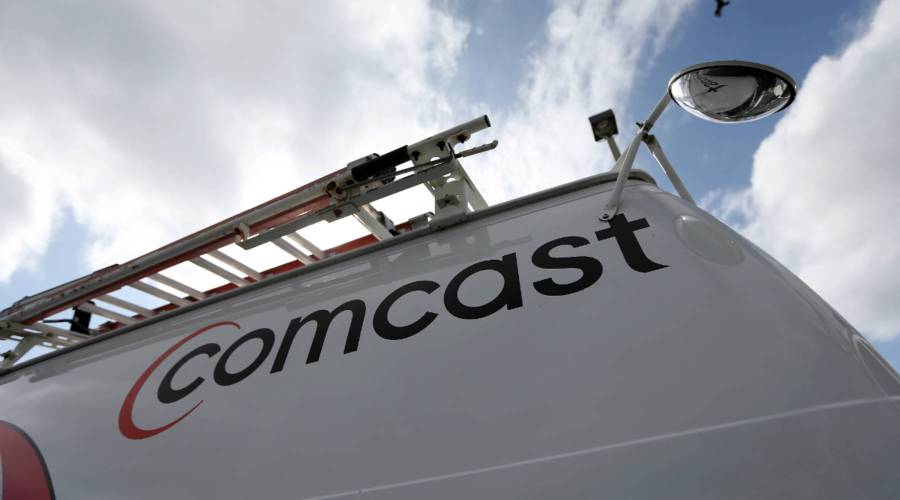 The days of unlimited pandemic internet are over

Some providers are starting to bring back their data caps at a time when a lot of people are using more of their home internet.
Listen Now

Some providers are starting to bring back their data caps at a time when a lot of people are using more of their home internet.
get the podcast
get the podcast

We’ve been looking a lot lately at how, amid this pandemic, the internet is everything. Access and cost are problems for many, but what about data? Many broadband providers limit how much data subscribers can use each month. If you go over, there are extra fees. Some companies lifted these caps at the start of the pandemic, but as of July 1, Comcast, AT&T and T-Mobile have brought back some of their data caps.

I spoke with Tom Merritt, host of the “Daily Tech News Show” podcast. I asked him what the argument was for data caps. The following is an edited transcript of our conversation.

Tom Merritt: If you ask the marketing departments of [internet service providers], they’ll tell you that data caps make it a fair playing ground for everyone so that all the bits don’t get used up by really, really greedy people. And there is a very slight truth that if a lot of people were using a lot of the internet at the same time, it can cause some congestion. But it’s not like there’s a limited amount of bits. The real justification is that they want ways to price things to encourage people to want to pay more, and data caps are a way that people can understand, “Oh, if I use more data, I pay more. OK, I get it.”

Molly Wood: On some level, I can see that being a slightly reasonable argument. There is no other service where if you use more, you don’t pay more, right? Or is this truly artificial?

Merritt: I think the disconnect comes because even though the government assures us it’s not a utility, people think of the internet as a utility. The difference comes in the justification. If ISPs said “Yeah, we’re just like that,” I think fewer people would have an issue. But the ISPs trying to argue that they’re fighting congestion just really doesn’t hold water. When you do examinations of congestion, they generally happen at peak-use times whether there are data caps or not. Data caps apply all day long, so they don’t really encourage people not to use data at the times where congestion might be caused.

Wood: It sounds like you’re also saying they don’t improve service for everyone. The congestion still occurs, it’s just that some people have to pay.

Merritt: Correct. That prime-time congestion, anybody, especially on a cable ISP, has run into it. When everybody gets home, especially at a time when everybody [already] is home, and fires up their video apps, data caps don’t matter. Data caps don’t keep people from doing things at the same time. They keep people from using their data at other times when congestion is less likely to occur.

Wood: We’re also at a time when the pandemic is not over, and in fact, people need arguably unfettered internet access more than ever. Is this just bad timing?

Merritt: I think probably what’s happening is the companies are feeling a bottom-line pinch as well. All of their business models are based on charging people for more data use, so giving away the service without a data cap means there’s less reason for somebody to upgrade to a larger package, if that’s how their business is created. If your ISP is built on this, you’re making less money at a time when the economy is bad, probably more people are canceling service and you are looking for ways to bring in that money. So if they can quietly just let the data caps kick back in, then that might help them weather the storm.

Wood: We should say that at least Comcast’s cap is 1.2 terabytes, which is a lot, right? What would you have to do as a household to hit that cap?

Merritt: I don’t have numbers at the ready, but you have to have a lot of people downloading a lot of things or streaming a lot of high-definition, 4K video. Honestly, data caps, it’s always in the best interest of ISPs to have data caps high enough that they only affect a certain number of people. You want them to be high because you don’t want to have people suddenly decide, “Well, this is unusable.” And you don’t want to have a public backlash saying, “I keep running into this data cap. I can’t even use it to watch Netflix,” because the ISPs know that people are using their internet to watch streaming video, to do high-bandwidth applications. You want to keep it just high enough that you get the users that might be willing to pay for that. It also does have some uses in making it easier to go after the folks who do abuse the network and run things on the network that it’s not designed to do, like massive BitTorrent operations or cryptocurrency stuff, without having to define them. It makes it easier for enforcement. Those two things are probably what’s driving this, and keeping folks happy means that that data cap needs to apply only to a minority of your customers.

One thing that also returned July 1: late fees and even service cutoffs. Many ISPs had signed a pledge to keep service going even for those who couldn’t afford to pay their bills. But even though the pandemic is not over, the free internet grace period has ended.

PC World has a good roundup of what various internet service providers are doing with respect to data caps, late fees or service termination. Of note, Comcast did say it’s continuing its pledge not to disconnect people who can’t pay their bills, although it is suggesting payment plans. The company made its Xfinity WiFi hotspots free to anyone, subscriber or not, through the end of 2020. AT&T is doing the same.

As to ensuring access beyond the end of June, Federal Communications Commission Chairman Ajit Pai told Congress last month that it was up to them to figure out an emergency broadband bill or include internet affordability in future relief bills. Last week, Senate Democrats introduced the Emergency Broadband Connections Act, a bill that would give $50 a month to workers who were laid off or furloughed as a result of the pandemic to pay for internet access or devices needed to get online. It would also expand Lifeline services, the federal program designed to make phone and broadband access affordable, and reimburse ISPs for the cost of continuing service for people who can’t afford to pay.

The Wireless Internet Service Providers Association put out a survey to its members recently and found that the average rural internet provider lost $32,700 over the three months of the FCC’s Keep America Connected Pledge. Not a lot for a Comcast, but not a little for a rural ISP with an average of 1,500 customers, either.