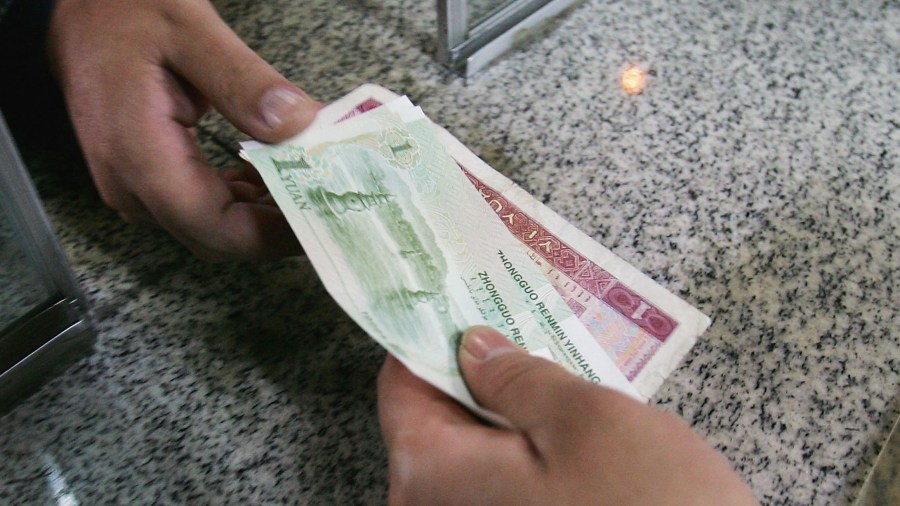 It's not a cryptocurrency, though, and it could mean the Chinese government can track spending even more closely.
Listen Now

China is rolling out its own digital currency. It is not a cryptocurrency, it’s an all-electronic version of the yuan, designed to replace cash in circulation. The currency is controlled by China’s central bank, which has been testing it in a few cities. Unlike Bitcoin, the digital yuan is not anonymous. In fact, it could mean that the central government can track spending better than ever before.

It could also potentially compete with the U.S. dollar in global finance. And it actually lets the Chinese government keep the country’s tech giants from taking over its financial system. I spoke with Jennifer Pak, Marketplace’s China correspondent. The following is an edited transcript of our conversation.

Jennifer Pak: It will make it easier for the government to track money laundering, illegal activity. It could help them issue money very quickly to people who need it or when it wants consumers to spend, for example. But the other thing might also be to add an alternative for digital payments because right now, it’s dominated by Alipay and WeChat Pay here, which are both owned by tech giants. So in the very, very unlikely scenario that these companies collapse or go bankrupt, well, the digital currency sector is not going to collapse because you have an alternative.

Molly Wood: What is the hope, do you think, on the global scale for this digital currency and just in being the country that gets there first?

Pak: Well, China has moved very far along. And there is, of course, a lot of talk about internationalization. But just keep in mind that this is digital cash, and it will only go as far as the Chinese yuan is going internationally. But where it could make a difference is on the margins from bank-to-bank transactions, when maybe they’re facing U.S. sanctions. Or it could be that it will fast-track the popularity among international traders to use the digital yuan or to use the Chinese yuan.

Wood: Right. That was my sense, that if there was a digital currency that came into the world that would be easier to use, that that would give the country that created that potentially an advantage in the future.

Pak: Absolutely. Well, a lot of the technology here usually arises because it’s addressing a need. Alipay and WeChat Pay became very popular modes of not only paying for what you want, but also receiving your salaries. It’s an easy way to transfer money, only because traditional banking is so painful. And there are so many people, especially out in rural China, who don’t really have a bank account or don’t use bank cards because it’s really tough. So that was one of the reasons why [Alipay owner] Ant Financial became so popular, because it’s been so difficult for the average person or tiny business owners to go and get a loan because the banks don’t want any risks. They don’t have a proper system in place to assess risk. It speaks more to what’s happening in the traditional financial system that these types of things come out. This time, of course, the central bank in China is coming out and taking control and creating the digital yuan, and it seems to be the first one out of the gate to get this far.

Wood: And then what about this move to a cashless society? I know that China uses cash a lot less, but you mentioned rural areas. Is this intended to replace cash in the short or long term?

Pak: It could possibly. Let me tell you, I recently went to what’s considered a fourth-tier city, so a smaller city, out in the village areas, and you know what? They all accept Alipay and WeChat Pay. In fact, you kind of get strange looks if you try to give cash sometimes, in certain places, because they just rather not deal with the change. And it’s just easier for people, to be honest. So yeah, it’s really spreading very, very quickly. It’s easy because all you have to do is flash your QR code — either the vendor at the shop, they scan you or you scan their QR code, and you just pay and then you walk away. So it’s pretty seamless, and people are very used to it. So actually, the transition to, say, a digital yuan is going to be quite easy for the average user. And for them, I don’t think they’re going to see a huge difference in terms of how they’re spending, how they use these apps when the digital yuan is rolled out nationwide, which by the way, we don’t know when that’s going to be.

There’s currently no timeline for releasing the digital yuan, but China’s central bank has been exploring cross-border payments with banks in Thailand, Hong Kong and the United Arab Emirates.

There’s a good explainer in The Wall Street Journal from last week about the digital yuan and China’s hopes for it and the potential downsides, including a lot more surveillance of everyday people. The story notes that China’s citizens seem to be more worried about that. One professor told a conference recently that the amount of physical yuan in circulation was up 10% in 2020. It’s a fascinating read, though, that shows how the combination of Bitcoin, Facebook potentially creating its own cryptocurrency that would almost immediately have a bigger user base than a country, and the internal pressures of Ant Financial and WeChat as payment platforms and issuers of credit pushed China to act. And that action could have far-reaching implications in the years to come.

For one thing, it could let China or any country that adopts the digital yuan potentially exchange money in a way that would avoid U.S. sanctions, taking away a key tool in the U.S. foreign policy chest. Speaking of the U.S., however, last month Federal Reserve Chair Jerome Powell said the U.S. wouldn’t rush into digitizing the dollar. He added that China’s approach wouldn’t work here because total spending surveillance by the government isn’t likely to go over that well with Congress or citizens. 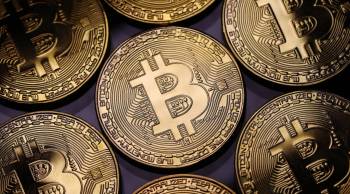 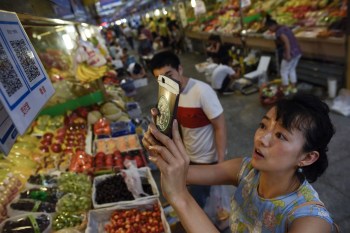