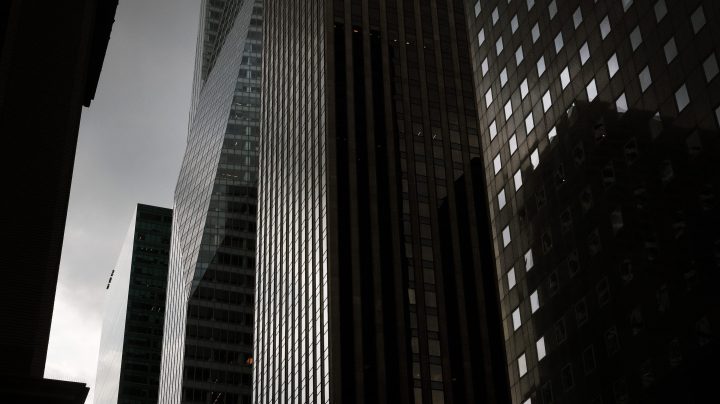 Many building owners are offering better deals to office tenants who might be on the fence about renewing their leases. Spencer Platt/Getty Images

Many building owners are offering better deals to office tenants who might be on the fence about renewing their leases. Spencer Platt/Getty Images

This week, Goldman Sachs told employees that it will lift its COVID safety protocols for in-office work starting early next month. The financial firm has been asking workers to return to the office since last year, and many other companies have followed suit.

Businesses have cited a lot of reasons their workers should show up again. Mentorship, collaboration, corporate culture — take your pick.

But another factor could be motivating this push: Companies have to do something with all that office space they’ve been paying for.

Only about a third to 40% of people who left the office during the pandemic have come back, said Mark Vitner, senior economist at Wells Fargo.

That means there’s still a lot of empty office space out there.

Vitner said that makes building owners nervous because many of those leases are about to expire.

“I think a lot of folks are thinking, ‘Gosh, we’re just not going to need nearly as much space over the next 10 to 15 years as we thought we would,'” Vitner said.

That said, plenty of companies still want to hold on to their leases.

Nicholas Bloom researches remote work at Stanford. He said that right now, a lot of employees want to come in for part of the week, mostly Tuesday through Thursday.

“Obviously the problem with that is that you can’t really reduce office space that easily,” Bloom said. “No one wants to sublet a piece of office space on a Monday and a Friday.”

Meanwhile, many building owners have been offering deals to tenants who might be on the fence about renewing, said Brian Lancaster at Columbia Business School.

“If they can get a significant discount on there to stay in the space, then the office tenant may be enticed to doing that,” Lancaster said.

He said some owners have been making improvements. Think outdoor space, lounges, more food options. Tenants can use those attractions to lure their employees back into the workplace.

“The brand-new buildings that have all of the amenities that tenants want are doing well,” Lancaster said.

“Eventually, some of these are not going to be desirable enough, and they might make more money converting them to apartments. Or who knows? Maybe even self-storage,” he said.

And if those buildings don’t convert into something else, Zisler said, their rents will have to come down.