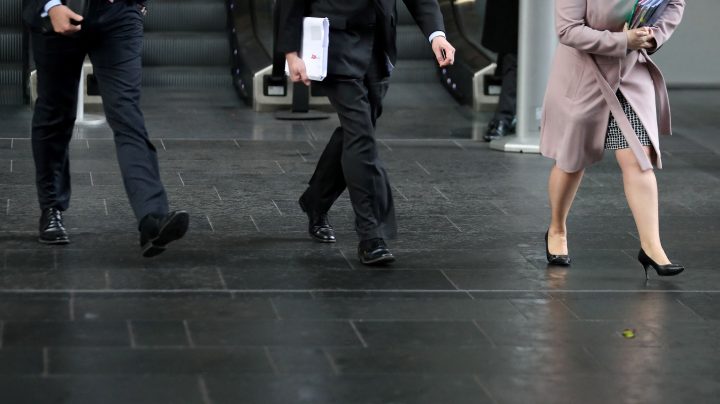 In some cities in the US, the gender pay gap is closing, but only for certain women. Daniel Leal/AFP via Getty Images

In some cities in the US, the gender pay gap is closing, but only for certain women. Daniel Leal/AFP via Getty Images

There are about 11.3 million jobs open in this country right now, or there were at the end of February, according to the latest Job Openings and Labor Turnover data. That’s close to the same number of open jobs in January.

Millions of people are quitting jobs and taking new ones, often for higher pay. And in a number of cities around the country, according to a recent study from the Pew Research Center, the gender pay gap for younger, full-time workers has disappeared in recent years.

In 22 cities around the country, including New York and Washington, D.C., women under 30 who work full time are earning as much or more than men.

“Young women, in terms of their educational attainment, are markedly outpacing young men,” said Richard Fry, the researcher behind the Pew study. The fact that more women have college degrees than men is likely a big factor, Fry said. “Young women’s educational advantages are starting to pay off.”

In more than 200 of the metro areas that the study had data for, however, women under 30 working full time still earned less than men.

And even where younger women have reached parity, it doesn’t last. “The gender wage gap grows as workers age,” said Elise Gould, senior economist at the Economic Policy Institute.

“Then we know that there is a motherhood penalty for women who decide to become mothers,” she said. And that wage gap only widens as women get older.

According to Sarah Small at the Center for Women and Work at Rutgers, the data highlights something the pandemic also made clear. “When you maybe don’t have children to care for, you have all these opportunities to make gains in your career. But once we have children, those inequities really start to build,” she said.

And those inequalities are even larger among women of color and women without college degrees.

“It’s an encouraging study, to see that in a lot of major cities the gender wage gap is closing,” Small said, adding that the fact it’s only happening for younger, full-time workers in a select few areas shows there’s still a long way to go.