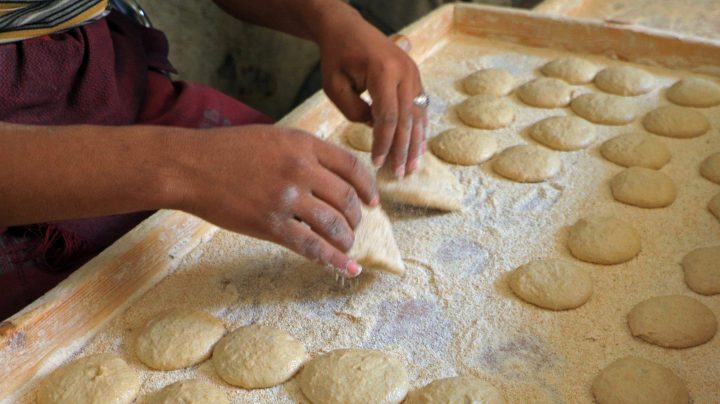 COPY
The Middle East and North Africa stand to be hit the hardest by high prices for wheat. Mohammed Huwais/ AFP Getty Images

Wheat futures hit a new high today, the highest price in 14 years. Why? More than a quarter of the world’s wheat exports come from Ukraine and Russia.

The price of wheat was already high and rising before Russia invaded Ukraine.

“We had a bunch of things that made markets relatively volatile to begin with,”said agricultural economist Joe Janzen at the University of Illinois, referring to high input prices for farmers, strong global demand and extreme weather.

With two of the top exporters at war, “there’s just a lot of uncertainty about this big source of commodity supply, Ukraine and Russia both,” Janzen said.

A lasting disruption to wheat exports could lead to higher food prices in the United States. In the near-term, countries in the Middle East and North Africa, reliant on that wheat, will likely feel the most serious side effects.

“Morocco, Tunisia, Algeria, particularly Egypt is the most vulnerable,” said Michaël Tanchum, a non-resident scholar at the Middle East Institute. Egypt is by far the world’s largest importer of wheat, with most of it coming from Ukraine and Russia, Tanchum said.

“Every meal among Egypt’s population has what’s called aish baladi, a round flatbread that, it’s almost a social contract in Egypt that a regime has to provide this at affordable, subsidized prices,” he said.

According to Tanchum, Egypt and other countries will likely try to defend the price of breads and other wheat products from the surging price of wheat itself.

“At moments in these countries’ history where prices of wheat-based staples have become unaffordable — like bread, like pasta, for example, like couscous — political instability sets off,” Marks said, adding that protests have already taken place across the Middle East over the rising cost of food during the pandemic.