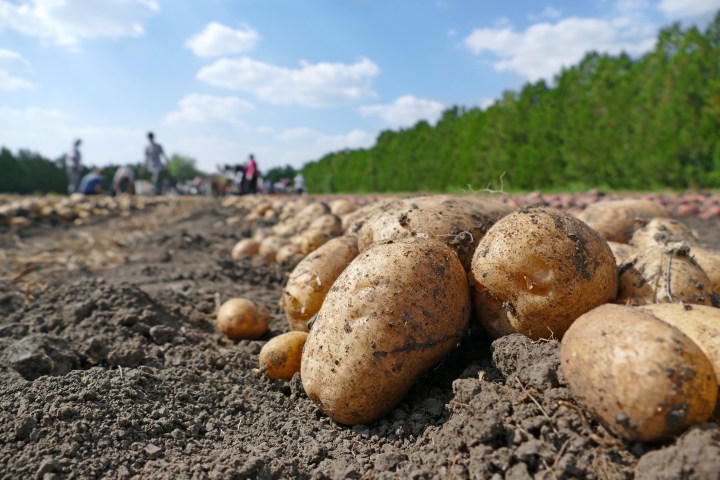 COPY
A potato wart outbreak has lead to an potato export ban from the Canada to the U.S. branex via Getty Images

A potato wart outbreak has lead to an potato export ban from the Canada to the U.S. branex via Getty Images
Listen Now

The holidays are a time of peak consumption for that old staple, the potato.

But, the Christmas season is shaping up to be a disappointment for potato farmers on Prince Edward Island in Eastern Canada. That’s because Ottawa has blocked them from sending their spuds down south to the U.S. – their biggest market for exports – after a fungus known as “potato wart” was found on two farms in the province.

“It’s a pile o’ potatoes,” chuckles farmer Jason Webster, whose family has been in the potato business for generations. He said he may have no other choice but to destroy around a quarter million dollars worth of crop.

“Doesn’t make sense to me as a farmer to be destroying food when people need it,” he said.

Christopher Sands of the Woodrow Wilson Center’s Canada Institute said having Canada ban exports might have been better for farmers as it manages the potato wart outbreak by acting before the U.S. did.

“Once it’s a U.S. ban, Canada is put in the position of asking the Americans ‘pretty please’ to lift the ban. And that’s a lot harder,” he said.

And in some past outbreaks, that’s taken years. Farmers hope their American customers will come back once the ban is eventually lifted.