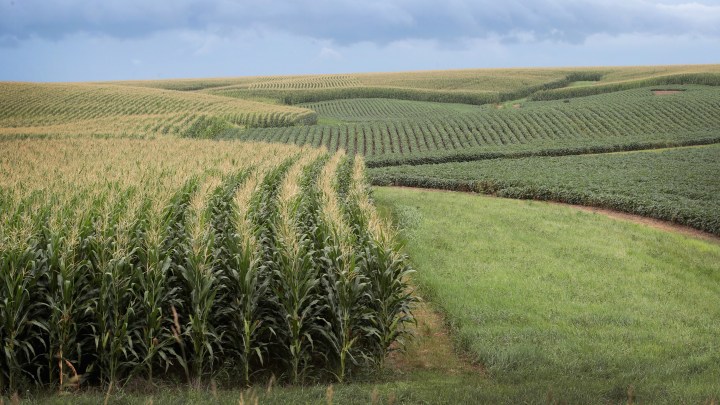 Every five years or so, Congress updates the Farm Bill, which governs everything from agricultural subsidies and crop insurance to federal food assistance programs.

Tribal governments and producers say they’ve long been overlooked in this process — which is where the Native Farm Bill Coalition comes in.

The coalition of 170 tribes and tribal organizations is already working on some of its priorities for the next Farm Bill.

The disadvantages Native people face when it comes to land and food access stretch back centuries, said Lexie Holden with the Intertribal Agriculture Council and the Native Farm Bill Coalition.

“Native Americans were, in many cases, forcibly removed from their ancestral lands and sent someplace else to be agriculturalists in an environment they were unfamiliar with,” she said.

Since then, Holden said Native farmers and ranchers haven’t had equal access to federal support. The goal of the Native Farm Bill Coalition, she added, is to make sure tribal governments and producers have a louder voice in future agricultural policy, “rather than letting the federal government act now and ask for forgiveness later.”

One of the coalition’s priorities is increasing credit access for producers who farm on tribal land, according to Erin Parker with the Indigenous Food and Agriculture Initiative.

Many of those farmers don’t own property in a way that shows up as an asset on a balance sheet for loan applications.

Another goal is more tribal management of USDA programs, something that U.S. Secretary of Agriculture Tom Vilsack recently signaled support for.

The Supplemental Nutrition Assistance Program is one tribal governments would like more control over, Parker said.

“You could have tribes certifying their own SNAP vendors, and I think that would be a good economic development opportunity for tribally-owned food businesses,” she said.

“It might also include making sure that the forests are being managed for culturally significant plants and for tribal access to specific resources within the forest,” Zeise said.

The Native Farm Bill Coalition meets in Las Vegas this week to discuss priorities; the current law expires in 2023.