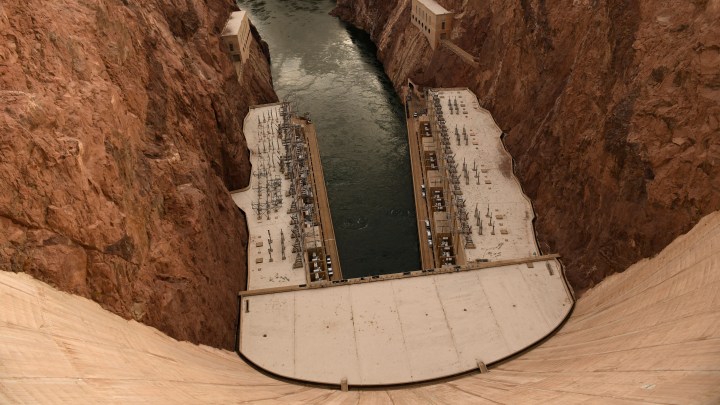 COPY
"The way that we're defining this...is not just about those water volumes, it's also about water quality, and also about access to water for the poor," Pacific Institute President Jason Morrison said about the Water Resilience Coalition. Patrick T. Fallon/AFP via Getty Images

"The way that we're defining this...is not just about those water volumes, it's also about water quality, and also about access to water for the poor," Pacific Institute President Jason Morrison said about the Water Resilience Coalition. Patrick T. Fallon/AFP via Getty Images
Listen Now

​Looney didn’t mean more tank farms or natural gas holders. He meant things like batteries that can save electric power when the wind is blowing or the sun is shining and release it to the grid when they aren’t. That’s going to be key to transitioning away from fossil fuels. ​

​Last year, the U.S. Department of Energy launched an Energy Storage Grand Challenge aimed at making the U.S. a global leader in the field.

​So how are we doing in the storage game these days?

When someone says “energy storage,” the image of a battery might be the first thing to pop into your head, right?

But “pumped hydro is actually the most widely deployed means of storing electrical energy,” said Greg Keoleian, director of the Center for Sustainable Systems at the University of Michigan.

“We pump water up into a reservoir, and then bring it down through a hydroelectric turbine and generate the electricity we need,” he said.

Keoleian is not kidding about its use. The Department of Energy says pumped hydropower accounts for 95% of utility-scale energy storage in the United States. But it’s only useful where the geography supports it.

It’s also difficult to build pumped hydro plants because they’re dams and have ecological impacts. So, what other solutions are in the pipeline?

“Right now, from what we see, the answer is not very clear on what the best solution is,” said Dharik Mallapragada at the Massachusetts Institute of Technology Energy Initiative. He said a lot of money and thought are going into storage.

Because at the end of the day, storage has to make economic sense for all interested parties. A lithium-ion battery might make sense in a sedan — but not a shipping vessel or a power plant.

Daniel Abraham at the Argonne National Laboratory outside of Chicago said that one of the more interesting storage platforms he has been studying runs on concrete blocks.

“Essentially, the blocks are lifted by a crane when the sun is shining or the wind is blowing. And then when the energy is needed later, the blocks are allowed to fall, which kind of turns turbines along the way to generate electricity,” he said.

The Swiss company behind the technology is called Energy Vault and has been valued at more than $1 billion.