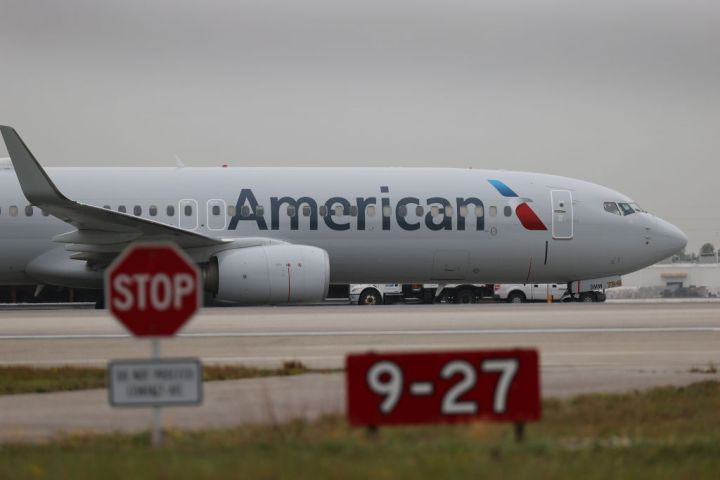 COPY
An American Airlines plane taxis after landing on the runway at the Miami International Airport on June 16, 2021 in Miami, Florida. Joe Raedle/Getty Images

An American Airlines plane taxis after landing on the runway at the Miami International Airport on June 16, 2021 in Miami, Florida. Joe Raedle/Getty Images
Listen Now

The Federal Aviation Administration announced this week that it will soon start rolling out new software at 27 U.S. airports that is designed to reduce the amount of time planes spend taxiing and idling on the runway – that will help reduce greenhouse gas emissions.

Planes burn a fair amount of fuel when taxiing down a runway and idling there, waiting to take off.

FAA Administrator Steve Dickson said once the new software is in place, it will reduce a lot of that waiting.

“We estimate a savings of more than 7 million gallons of fuel and the elimination of more than 75,000 tons of carbon dioxide emissions every year,” he said.

To put that in perspective, Dan Rutherford at the International Council on Clean Transportation, said “U.S. airlines use about 20 billion gallons of fuel per year, so we are talking about less than .1% of our overall fuel use.”

“And, it points to the need really to fundamental, transformational change in aircraft design, and then also developing low-carbon fuels,” Rutherford said.

One challenge with the switch to low-carbon fuels, Rutherford said, is that they’re much more expensive than fossil fuels. Which could mean higher ticket prices for customers.