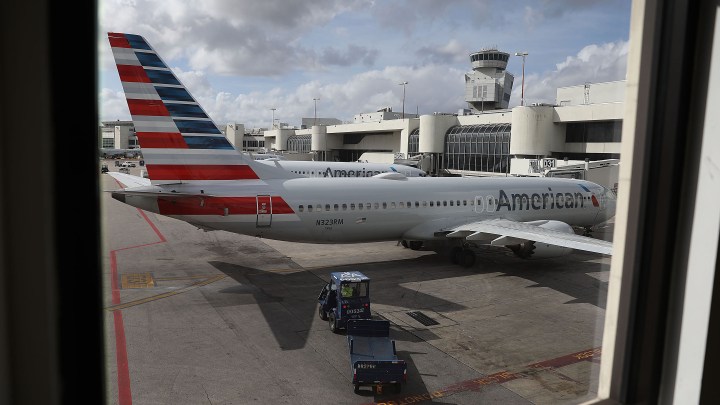 COPY
The plane had been grounded after a pair of deadly crashes revealed design flaws and trouble in the air certification process. Joe Raedle/Getty Images

The plane had been grounded after a pair of deadly crashes revealed design flaws and trouble in the air certification process. Joe Raedle/Getty Images
Listen Now

U.S. regulators on Wednesday cleared Boeing’s 737 Max to fly again. The plane had been grounded after a pair of deadly crashes revealed design flaws and trouble in the air certification process.

Marketplace’s Nova Safo has the latest, and the following is an edited transcript of his conversation with “Marketplace Morning Report” host David Brancaccio.

Nova Safo: The Federal Aviation Administration is requiring that Max planes that have already been built and delivered undergo software modifications to the automatic anti-stall system called MCAS. That system was faulted for the pair of crashes two years ago that killed 346 people.

The modifications will, among other things, prevent MCAS from overriding pilot commands repeatedly and pointing the plane’s nose down.

Also, Max pilots will be required to get new simulator training. Boeing had wanted to avoid that to help control costs for airlines. It was a key selling point for the Max initially. So that’s a significant change, that pilots in fact will need simulator training to fly the new plane.

David Brancaccio: As a practical matter, when can passengers find themselves on one of these planes?

Safo: The FAA stressed in a statement that the planes won’t be back up in the sky right away. The FAA needs to sign off on each pilot training program run by a U.S. airline using the Max plane. Each of those airlines also have to complete the required maintenance of these planes.

American Airlines says it’s planning to resume Max flights at the end of December. Southwest says it’ll be spring or summer of next year.

Also, there are hundreds of Max planes that Boeing built since the grounding. Those planes have been parked in storage. The FAA says it will need to inspect them one at a time.