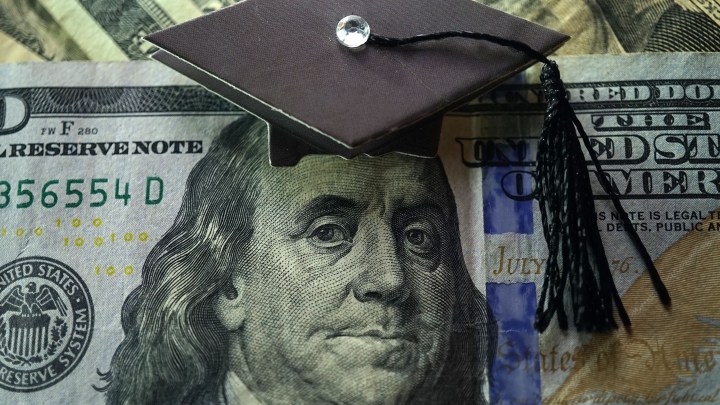 COPY
Instead of resuming next month, most federal student loans will stay on pause and will not be accruing interest until the start of February 2022. Kameleon007 via Getty Images

Instead of resuming next month, most federal student loans will stay on pause and will not be accruing interest until the start of February 2022. Kameleon007 via Getty Images
Listen Now

There’s some good news for people with federal student loans: The Biden administration has extended the pause on payments and interest for another few months.

Borrowers had been looking at resuming payments — and interest accruing — in the fall. But now they have until February, at which point they will have received almost two years of emergency relief.

That’s been significant for many borrowers. Pausing student loan payments has been a game-changer for 23-year-old Krista Pechacek, who lives in Seattle. Before the pandemic, she was paying about $400 a month toward her loans.

“It was a huge burden. I couldn’t put any money in savings. I couldn’t move out of my parents’ house because I couldn’t afford rent anywhere,” Pechacek said.

In the year and a half since her loans were automatically put on pause, Pechacek has been able to move out. Plus, she’s paid down medical debt.

“It’s so much more financially stable without those payments,” she said.

More than 40 million people have federal student loans. Most of them haven’t had to pay a cent since the pandemic began.

And their loans haven’t been accruing any interest either, which is a big deal, said Betsy Mayotte at the nonprofit Institute of Student Loan Advisors. A lot of borrowers are paying 6% to 8% interest or more.

“Those are the people that are like, you know, ‘What I’ve been paying for, you know, five years, 10 years, 15 years, 20 years. And because of the interest, I just feel like I’m not getting ahead,'” Mayotte said.

That’s the case for David Sorrell. He’s 35 and lives in the Bay Area. His student loan balance — with federal and private combined — has been around $86,000 for a decade now, despite the fact that he was paying about $900 a month.

With his federal loans on pause though, Sorrel has been putting some of the money he’s saving toward his private loan.

“I’m aggressively paying that one down. The monthly payments are usually about $100. And I was able to kind of triple that,” he said.

And Sorrell’s finally seen the balance start to go down.

Mayotte said she’s been hearing from a lot of borrowers in that position.

“You know, what, all this talk about … broad student loan forgiveness, like, I’ll take it, but the amount of progress I’ve been able to make on my loans with the 0% interest rate, I would almost rather have a permanent interest rate reduction,” she said.

That’s something Mayotte said she’s just starting to hear conversations about in Washington, too, behind the scenes.