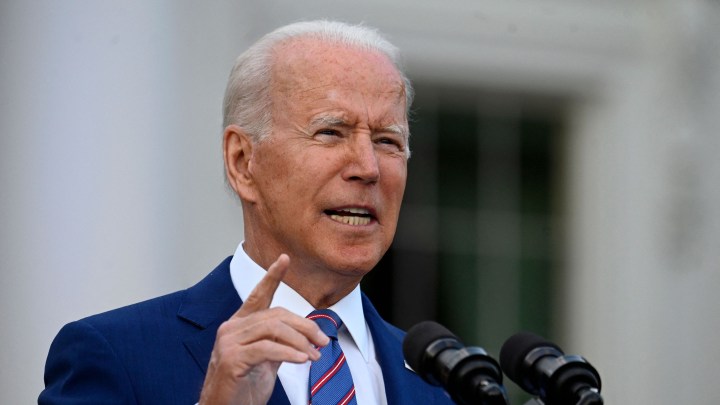 COPY
The administration wants to curtail what are called noncompete agreements, contracts that bar employees from going to work for the competition. Andrew Caballero-Reynolds/AFP via Getty Images

The administration wants to curtail what are called noncompete agreements, contracts that bar employees from going to work for the competition. Andrew Caballero-Reynolds/AFP via Getty Images
Listen Now

President Joe Biden is expected to sign an executive order this week that will give workers more options to move across state lines, or to switch jobs and go work for a competing company in their field.

The administration wants to curtail what are called noncompete agreements, contracts that bar employees from going to work for the competition. The White House says 30 million people are affected.

Ryan Nunn, a researcher with the Federal Reserve Bank of Minneapolis said there is justification for noncompete clauses: “protection of trade secrets.” But, those agreements also limit some construction workers, truck drivers or hotel workers, for what Nunn said are the wrong reasons.

“To try to reduce turnover, to try to keep workers from looking for outside opportunities,” he said.

“You now are bound by this contract, which you have signed and which is very difficult, really, to get out of,” Hochman said.

The Biden administration also wants to ban some occupational licensing requirements for people who are hairdressers or accountants, for example. The goal is to make it easier for people to move to another state and still be able to work in their field.