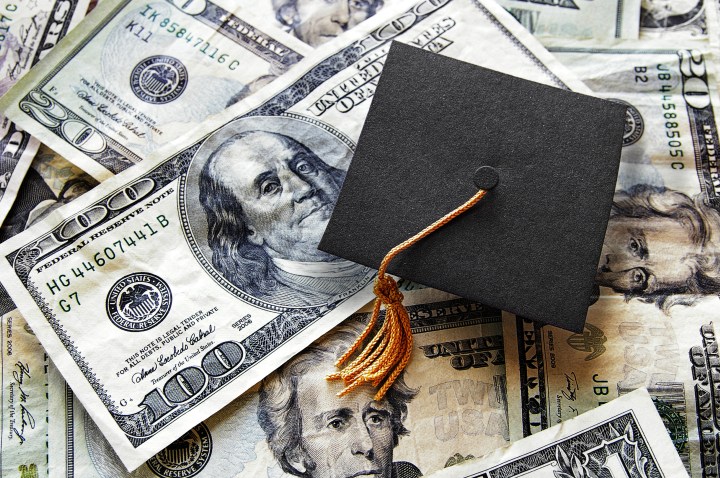 COPY
And the total amount of debt they owe is growing faster than for any other age group. zimmytws/Getty Images

And the total amount of debt they owe is growing faster than for any other age group. zimmytws/Getty Images
Listen Now

Nearly 9 million Americans 50 and older still have student debt, either from loans they took out to pay for their own education or for their kids’ educations, according to new data out this month from the Department of Education. And the total amount of debt they owe is growing faster than for any other age group.

Most of the conversation about student debt tends to center on younger people in their 20s or 30s, said Betsy Mayotte, president of the Institute of Student Loan Advisors. But about 20% of those who still owe student loans are 50 or older, “and the fastest growing population of U.S. citizens carrying student loan debt are the over-65s.”

One reason is that more people are going to college and graduate school, said Anqi Chen, an economist at the Center for Retirement Research at Boston College. “And then there’s also been an increase in parents taking on either co-signing or getting a parent PLUS loan for their kids,” Chen said.

People over 50 who are still carrying student debt also tend to struggle more than younger borrowers to pay it back, Mayotte said.

“We talk a lot about how, you know, it delays buying homes, it delays some people from getting married or having children,” but, Mayotte said, for older people who are still paying student loans, it can make it a lot harder to save for retirement — or to retire at all.