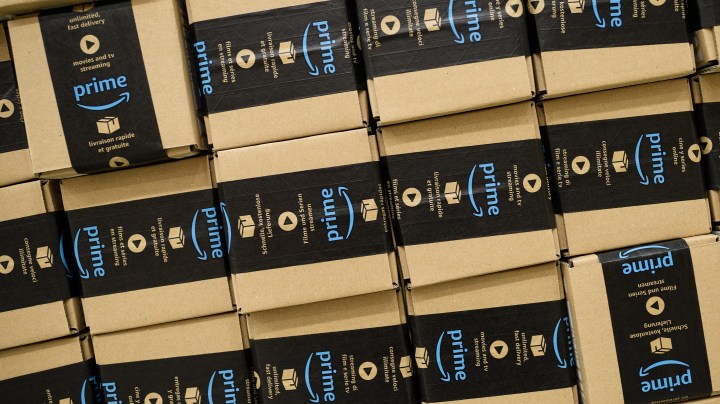 Since Amazon launched it in 2015, a lot of other retailers have offered competing deals of their own for Prime Day. But this year, they’re all up against the same problem: tight supply chains.

Other retailers have started offering discounts on Prime Day because most people only need one of a lot of the products Amazon is discounting. For example: vacuum cleaners.

“Which, you know, for consumers is a once-every-few-to-several-years purchase. So it’s the opportunity to capture that sale,” said Chris Considine at the consulting firm AlixPartners. The question for those retailers and for Amazon: How many of these items do they have in stock?

Supply chains are a mess, between the factory shutdowns and the shortages of raw materials and computer chips and shipping containers. That’s made it hard for retailers to build up inventory ahead of Prime Day — including the ones who sell through Amazon.

“I’ve worked with certain sellers on Amazon in the last few months, and they’ve been scrambling to get the product ready for today,” Considine said.

If retailers don’t have a lot of inventory, their deals may disappear fast.

Casey Runyan is managing editor at the website Brad’s Deals, which tracks retailer discounts. She said as an example, “I’ve been working today and had two laptop deals sell out within, you know, an hour or so of posting. So I think, you know, laptops have definitely been, you know, one of the biggest supply-chain-disruption sort of items.”

Amazon declined an interview but said it is offering more deals this year than last.