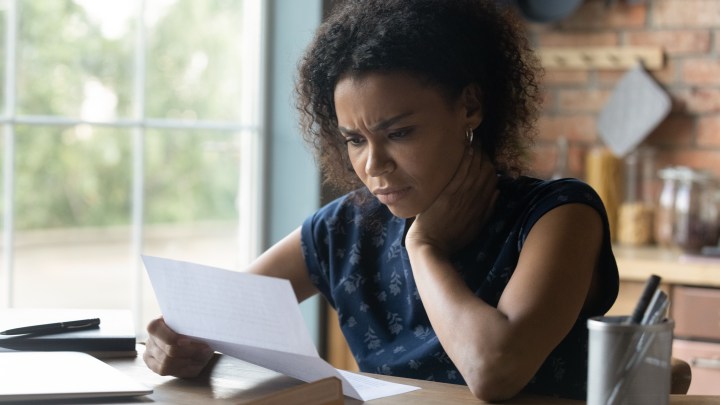 COPY
Auto pay works well for fixed payments, but it can be dangerous for bills with fluctuating amounts. fizkes via Getty Images

Auto pay works well for fixed payments, but it can be dangerous for bills with fluctuating amounts. fizkes via Getty Images
Listen Now

Automatic bill payments are a fact of our financial lives. Regular, recurring transfers of money from our bank or credit card accounts do make our lives easier. But there are downsides, too. Remember those utility customers in Texas who were hit with massive bills during the February winter storms? Some saw automatic payments deplete their checking accounts.

On the plus side, auto pay is is just so convenient. You can use it to cover just about any kind of bill, like all the streaming services you have.

Amy Wilder, a consultant in Seattle, rattled off a few of the services for which she has set up automatic payments: “We have HBO Max, we have Discovery Plus, we have Disney Plus.”

Like a lot of us, she uses auto pay for almost everything. Wilder remembered a few more: “Spotify, Pandora, Amazon Music, Apple Music. ”

Wilder said she first tried automatic payments in 2014 for the mortgage. She liked not having to worry about missing a payment and dinging her credit score. It worked really well.

“And so I felt comfortable with that. And it just kind of ballooned from there.” So well, she said, she also added other auto payments for the “Washington Post, NPR, The Guardian, New York Times, um, I think that’s it.”

Auto pay was around long before Wilder discovered it. Its roots go back to the 1970s and the creation of the automated clearing house, or ACH system, to automate check processing. Why?

Sylla, who is professor emeritus of economics at New York University Stern School of Business, added that those paper checks were a hassle for banks. They had to go through the Federal Reserve system. There could be delays in getting the payments posted.

Online payments eliminated the hassles and saved banks money. So in the 1990s, they started signing customers up for online accounts.

Sylla said it was slow at first, “but after the year 2000, online banking accounts grew by the millions. Every year they would add a few million more online bank customers.”

So it was convenient for consumers and cheaper for banks. Everybody was happy, right? Not quite. Auto pay works well for fixed payments. But it can be dangerous for payments with amounts that fluctuate. If you’re hit with an unexpectedly high, say, credit card or utility bill, that can drain your checking account in an instant.

“If you don’t have enough money in your bank account to cover a bill and auto pay kicks in and tries to pay the bill, you might be charged an overdraft fee,” Sara Rathner with NerdWallet explained. “And these fees vary by bank, but the median fee is about $34.”

Also, there can be mistakes. For instance, a once-a-month payment can be taken out twice by accident. And yes, it can be hard to keep track of all your auto payments, which is what happens to Amy Wilder.

Wilder estimates she spends $400 to $500 a month on streaming and media, plus auto payments to various charities. Wilder said she’d probably do some auto pay pruning if she genuinely knew what she was spending. But it’s not always easy to cancel auto payments.

Wilder said her husband shells out $7.99 a month for a video gaming service he hasn’t used in about 10 years. He no longer has the email address he used to set it up.

“He can’t reach a live person, he can’t use their website because he doesn’t have the email, and so he just gave up,” she said.

It turns out, this is a pretty common auto pay problem, common enough that the Consumer Financial Protection Bureau has a whole section on its website on how to stop automatic payments. John McNamara, an assistant director at the CFPB, said you can file a complaint with the agency about any problem you’re having with auto pay. The CFPB has significant power over financial institutions.

“Some of those entities might be subject to our supervision, such as large banks,” McNamara said. “And then, when it comes to consumer financial law, many of these areas could be subject to an enforcement action by the CFPB.”

Enforcement could include fines. McNamara said you do have the legal right to stop auto payments any time, but that’s assuming you can remember whom you’re paying.