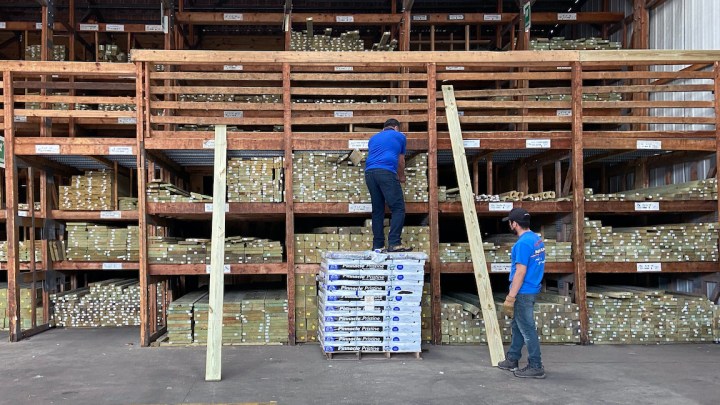 COPY
The prices of construction materials like lumber have climbed at alarming rates. Is that likely to last? Scott Olson/Getty Images

The prices of construction materials like lumber have climbed at alarming rates. Is that likely to last? Scott Olson/Getty Images
Listen Now

The White House Council of Economic Advisers started the day Monday with a tweet. It was a long thread, actually, 37 tweets if we’re counting. The gist: Inflation is gonna rise, for a time, as we come out of the pandemic, but then it’s gonna fall and everything will be fine. Well those, my friends, are fightin’ words to some economists. What is actually going to happen to inflation?

In the short term, inflation’s gonna pick up. For some things, it already has.

Some of this is just COVID-19 messing with supply and demand — and it goes beyond housing. People want to buy more and do more, but mills, warehouses and factories take a while to get back up and running.

“I think it’s going to be transitory,” said Gautam Khanna with Insight Investment.

Transitory. It’ll eventually go away. Factories will reopen. And some of what looks like serious inflation just looks that way because we’re comparing this year with last year. Inflation’s been missing in action for years.

“Central banks have been trying to get inflation to pick up really since the financial crisis, and we keep undershooting,” Khanna said.

Some people do not agree with this view at all.

“We’re doing roughly everything you can do to create inflation,” said Larry Summers, a Harvard economist and former top economic adviser to President Obama. He pointed to trillions spent on stimulus and infrastructure and trillions in household and business savings.

“We’re set for an economy on fire, with fastest growth in 30 years. Look at business surveys of prices they’re paying and prices they expect to pay. They’re at record levels for as long as those surveys are taken.”

Meanwhile, the Biden administration and the Federal Reserve say inflation will be a blip this year. Joseph Gagnon, with the Peterson Institute, said their wording is strategic. “Inflation is kind of a self-fulfilling prophecy, to some extent. If people expect there to be more inflation, there will be more inflation, so they’re trying to damp that down.”

So, what will actually happen to inflation in the next year or two? Honestly, it’s a massive economic experiment, and we’re all in it. 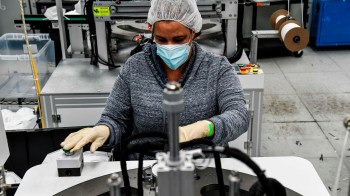