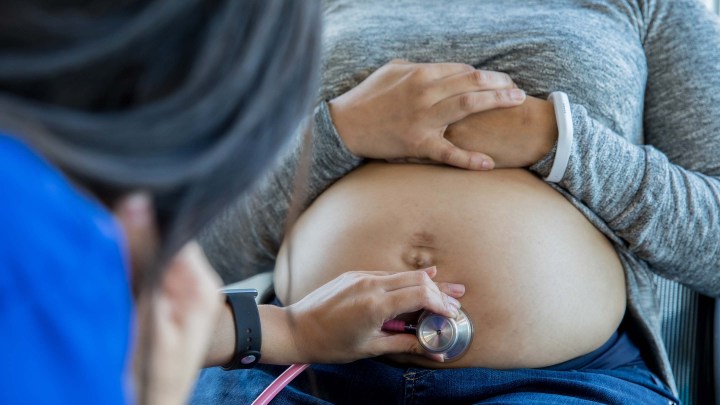 The American Rescue Plan includes a lot of pieces that are about more than just direct COVID relief. For example, it includes a major expansion of health care subsidies. It also expands a program that provides Medicaid health coverage to pregnant women as part of an effort to deal with rates of maternal death and illness that are much worse in the United States than in other developed countries.

About 7 years ago, Emilly Stuart-Clark was living in West Virginia, working at a ski resort, living her best life, she likes to say. She did not have health insurance, however. Private insurance was too expensive, she did not qualify for Medicaid and couldn’t get insurance through work. She felt “it just never was, like, an option.”

One day that changed because, she said, “I actually got Medicaid while I was pregnant.”

Medicaid eligibility becomes a lot more generous during pregnancy. In fact, Medicaid covers nearly half the births in the U.S., according to the Kaiser Family Foundation. But there’s a catch: Two months after birth, the special pregnancy benefit ends.

That was a serious problem for Stuart-Clark.

“At four weeks postpartum, they found the tumor,” she said. She discovered she had a brain tumor just weeks before her insurance ran out.

“The doctor realized my situation and he was, like, ‘move the other appointments, we have to get her in before her insurance runs out,'” Stuart-Clark said.

They made it to surgery just in time. She would have been on the hook for more than $200,00 in medical bills.

The American Rescue Plan would have made the situation less frantic. It allows states to extend pregnancy-based Medicaid to a full year of coverage.

But right now, this insurance cliff is not rare. Maggie Clark with the Georgetown Center for Children and Families said that “when women lose this coverage after 60 days, about half of them become uninsured. So that’s a million new mothers every year who are losing coverage every year at a really critical time.”

The U.S. doesn’t do well on measures of maternal health compared to other developed countries right now, Clark said. “The U.S. maternal mortality rate is twice as high as Canada’s and eight times as high as Norway.”

And within the U.S., Black and Indigenous women are two to three times as likely to die from pregnancy-related causes in the first year as white women, according to the CDC. Many of those who most need extended benefits live in states that declined to expand general Medicaid under the Affordable Care Act.

Emily Johnston with the Urban Institute said that “two-thirds of uninsured new mothers who would likely benefit from the extension reside in only five states: Florida, Georgia, Missouri, North Carolina and Texas.”

Those states and seven others without expanded general Medicaid still have the option of extending just pregnancy-based benefits.