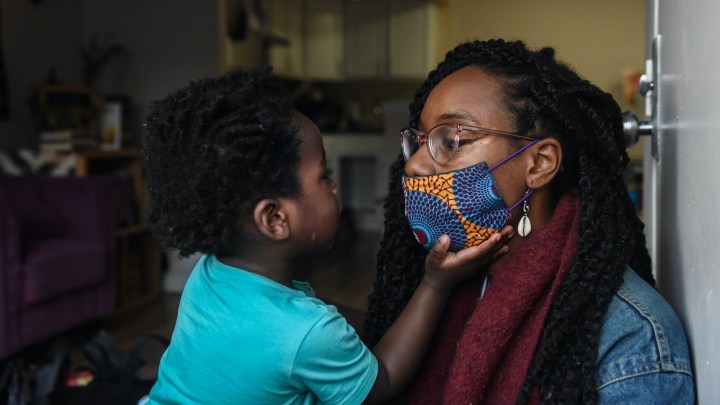 COPY
Women's participation in the workforce is at a record low. Unaffordable child care and pay inequity are some of the reasons why. Stephanie Keith/Getty Images
COVID-19

Women's participation in the workforce is at a record low. Unaffordable child care and pay inequity are some of the reasons why. Stephanie Keith/Getty Images
Listen Now

The Organization for Economic Cooperation and Development has said the American economy is accelerating nearly twice as fast as expected.

But the recovery looks different for women.

More than 2 million women have left the workforce since 2020. Many of them did so initially to care for children.

The American Rescue Plan, poised to be passed this week, is offering an expanded child tax credit that could give up to $300 a month per child under the age of 6.

It also includes nearly $15 billion to help support child care facilities. Even so, experts say child care is still the primary stumbling block for many women who want and need to get back to work.

Women’s participation in the workforce hasn’t been this low since 1988. And women of color are disproportionately affected.

“The American Rescue Plan represents a shift to an understanding that it is working people, and especially women and women of color, that are the economy,” she said.

But even a monthly child tax credit of up to $300 will not pay for full-time child care in the United States.

In West Virginia, one of the poorest states in the country, the cost of child care averages more than twice that, about $600 a month.

Sarah Jane Glynn, a fellow with the Center for American Progress, calls the rescue plan “a down payment” toward economic recovery. But she said the problem of unaffordable child care is central.

“This is an infrastructure issue. This is not about, like, let’s do a sweet nice thing for families. We literally cannot continue to grow and expand if we do not have women working. And that is dependent upon having safe, reliable, affordable child care,” Glynn said.

Advocates say another important step toward helping women go back to work would be raising wages, including the minimum wage (a proposal that did not make it into the relief plan). Another crucial support is pay equity.

“There is no paid leave option for the vast majority of workers, and so who is going to take the unpaid leave? Well, the person who is earning less,” said Elise Gould with the Economic Policy Institute.

For millions of American women, that’s them.