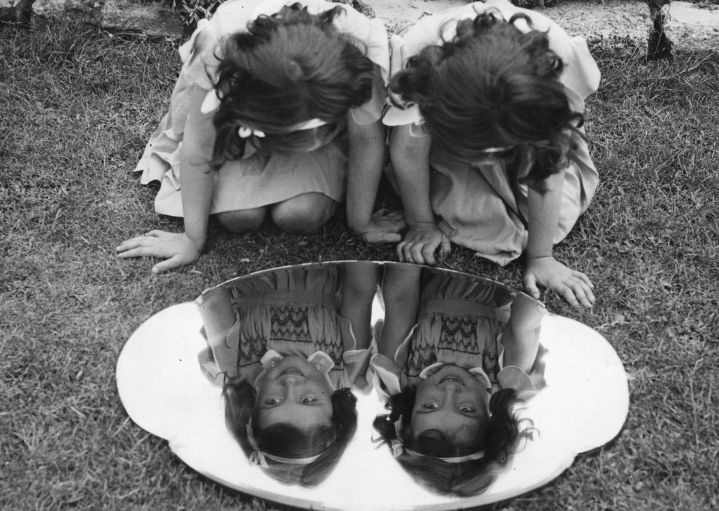 COPY
A recent working paper on the effect of attractiveness on the job outcomes of economists is the latest example of the economics profession reflecting on itself. Photo by Norman Smith/Fox Photos/Getty Images

A recent working paper on the effect of attractiveness on the job outcomes of economists is the latest example of the economics profession reflecting on itself. Photo by Norman Smith/Fox Photos/Getty Images
Listen Now

In a recent research paper, Galina Hale, a professor of economics at the University of California, Santa Cruz, along with co-authors Tali Regev and Yona Rubinstein, documented the effect of “attractiveness” on the job outcomes of Ph.D. graduates from top university economics departments. What they found surprised them: Even in economics, appearances matter … a lot. The following is an edited transcript of Hale’s conversation with “Marketplace” host Kai Ryssdal.

Kai Ryssdal: So let’s get to the headline first, I suppose. How much do looks, appearances, matter in academic economics?

Galina Hale: So looks matter surprisingly a lot. It’s quite well known in the literature that in different careers, looks matter. We didn’t expect to find effects that large for academia because, you know, academics usually think of themselves as being above things like looks and, you know, being very objective. And, yeah, we were a little bit surprised by our findings.

Ryssdal: There is a magnitude issue with this paper as well. I mean, I’m just looking at the abstract here, and it says, the effects are “significant” and “substantial in magnitude.” Attractive individuals, you write, are more likely to study at higher-ranked Ph.D. institutions, find themselves in private-sector jobs, which in theory means they make more money, and within academia, attractive Ph.D. graduates are more likely to be placed at higher-ranking institutions and be more productive. It’s kind of amazing!

Hale: Yeah. We were surprised specifically by the findings that the number of citations is higher for more attractive individuals.

Ryssdal: So, we should say, that’s citations in other academic papers, right?

Hale: Right. So it’s academic papers cited by other academic papers (and those citations may or may not be published because we get them from Google Scholar, which are working papers), but you know, the publication process — it’s anonymous, and it definitely doesn’t, you know, we don’t send our pictures when we submit a paper to the journal, and when I get papers to review, I don’t Google the individual to find out what they look like. Frequently, I don’t even know who the author is, so —

Ryssdal: Do you really not Google them? I Google pretty much everybody I talk to.

Hale: Really? Well, I don’t because I’m trying to be objective about the paper. And I think that’s one of the lessons from the paper is, the more we can try to correct for any implicit biases we have, the better we would be at really objective assessment of work, regardless of their race and looks and gender. And one way to do it is just not look.

Ryssdal: Can you help me understand why attractiveness would make a difference in the number of citations, that whole productivity thing? I mean, if most economists are like you and not like me, and they’re not Googling people to see what they look like, how does that play?

Hale: So, in the literature on the importance of appearance, a few mechanisms are discussed. And it’s pretty well established that people who grew up being considered more attractive, they get more positive reinforcement as they grow up. So they grew up more confident. And that can translate to a lot of things. And I think specifically, in terms of citations, the way it works is that people go to conferences and they present their papers, and you know, if people like their papers or remember their papers, they’re more likely to cite their papers. And so, maybe if you’re better-looking it helps directly. But more likely, it’s not really the looks. It’s the fact that you’re more likely to be charismatic if you grow up being perceived as an attractive person.

Ryssdal: Last thing, and then I’ll let you go. I noticed in some of the replies to your initial tweet, putting out this working paper, that some people — at least one guy said, “I think I might be in your sample,” and you replied and said, “Yeah, me too.” So are you all just sitting around seeing if it’s you who’s attractive or not? How does that work?

Hale: So basically, it just happened so that me and one of my co-authors are in the sample because of the time span during which we gathered the data. And partly because of that, because we didn’t want to see our own ratings, we had research assistants codify all the information on career paths and codify the pictures. So actually, in my data, I don’t know who is who. So, if you want to ask me who is the best-looking economist, I can’t tell you that. I wish I could. (Laughter)