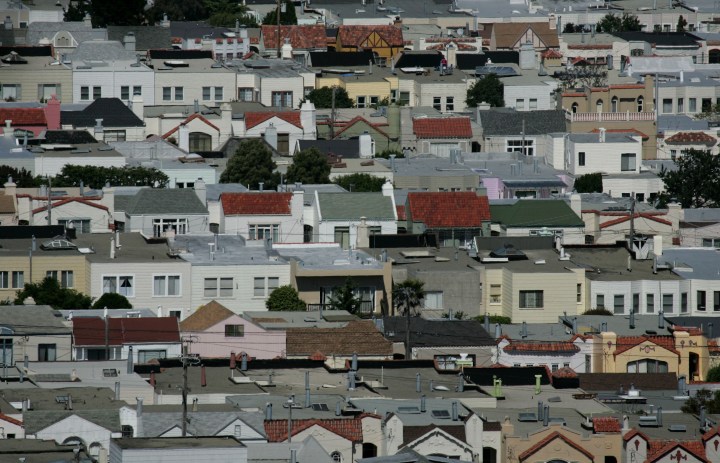 Existing home sales reached 14-year highs in September, and monthly sales of new homes were 20% higher than 2019, according to the most recent monthly data from the Census Bureau.

“You hear all these stories about a mass exodus from San Francisco, and I keep looking around to see people with their trucks loaded with belongings like ‘The Beverly Hillbillies’ or something,” said Cynthia Cummins, a real estate agent with Kindred SF Homes in San Francisco. “But mainly, they’re just moving across town or they’re trying to get someplace where they’re closer to a park.”

An analysis of U.S. Postal Service change-of-address requests by MyMove found that people did leave big cities, including San Francisco, for less densely populated areas in higher numbers than in 2019.

“By contrast, with San Francisco, some of the outlying parts of the Bay Area have been pretty hot. In particular, the East Bay, you know, Berkeley, Oakland, and also Marin County to the north,” Cummins said.

Among her clientele, Cummins said, she’s also noticed an increase in demand for second homes, particularly homes within driving distance of San Francisco. “A lot of people are trying to go up to Tahoe,” she said.

“We’ve just had more demand come out of the woodwork than we’ve ever seen before,” said David Westall, a real estate agent with Corcoran Global Living in Tahoe City, California. “For me personally, going into May, my business was down 80% year over year,” he said. “And then all of a sudden, restrictions started getting lifted a little bit…. By June, we’re starting to see above-average demand for that time of the year, and then by July, it just got insanely busy.”

Westall said most sellers in his market try to stay in the area, but he’s also seen a migration of people from the Lake Tahoe and Truckee region to Montana, Idaho and other, “more remote areas that are kind of up-and-coming.”

“People are able to bring their jobs with them from other areas. So they’re cashing out the equity in their higher-end markets and tapping into ours,” said Mindy Palmer, a real estate agent with Berkshire Hathaway HomeServices Montana Properties in Missoula. “It’s creating a staggering imbalance,” she said.

Both the number of properties sold and median sales prices for residential properties in Ravalli County, Montana, set records last year, according to an analysis by a local real estate appraiser.

“It’s exciting to be a part of that,” Palmer said. “On the other side of the coin, it’s very difficult for the local Missoulian.”

Median household income in Ravalli County is close to 20% below that of the U.S. overall.

“It’s heartbreaking to see somebody that’s worked hard all their life to try to save up to buy their first home, and then they come to you and say, ‘All I can afford is $210,000,’ and the very first words out of our mouths next are, ‘How far are you willing to look outside of Missoula to achieve that?’ ” Palmer said. “But I’m not gonna back down. If I have to go over to another county to help somebody find something, I will.”

Adventures in HousingCOVID-19
Tags in this Story
Share this Story