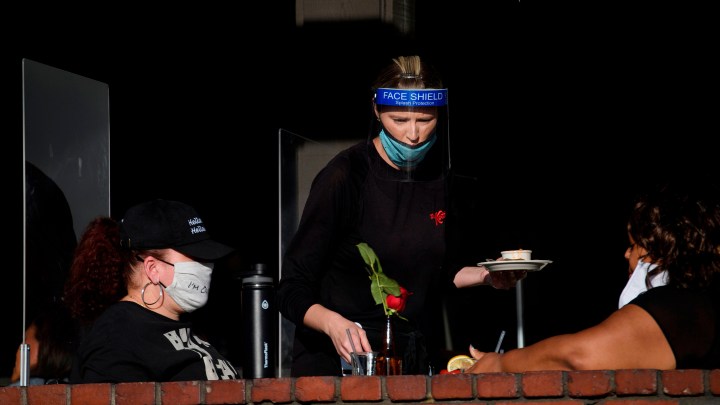 Throughout the pandemic, restaurant workers have found themselves in a difficult position: in order to make money, they have to expose themselves to patrons who take their masks off to eat, drink, and sometimes even just chat.

Now, if you are a restaurant worker in Washington, D.C., you will be eligible to get a COVID-19 vaccination in February. Most other cities are prioritizing frontline and health care workers, as well as the elderly and other at risk groups.

Allison Lane, a bartender at several different places in Washington, D.C, says it’s a good sign. Even with the pandemic raging, she says patrons waiting for food and drink “decided that is was OK to take off your mask if you’re sitting down at a table. It’s like, ‘OK … so the virus stops if you’re sitting down?’  Which puts servers like her at risk, many times a day. Lane says vaccinating restaurant workers, “definitely is an acknowledgment that restaurant workers are important,  and we are often exposed to disease without any health insurance.”

More than 100,000 restaurants have closed temporarily or for good since the pandemic began. Hundreds of thousands of restaurant workers have lost their jobs. And millions of people have stopped eating out.

William Wheaton, an economist at MIT., says “without a restaurant industry it is really hard for cities to survive. That’s, you know, half the reason why people live in cities.”

It’s a good first start, but there’s more work to do to protect restaurant workers, says Sekou Siby, who heads up Restaurant Opportunities Centers United, an advocacy group.  He says the health of people handling our food is critical to combatting the pandemic. “We have always considered restaurant workers health care as a public health issue. So the D.C. ordinance is something that is very exciting news for us.”

Siby says he hopes other cities and states will follow D.C.’s lead.